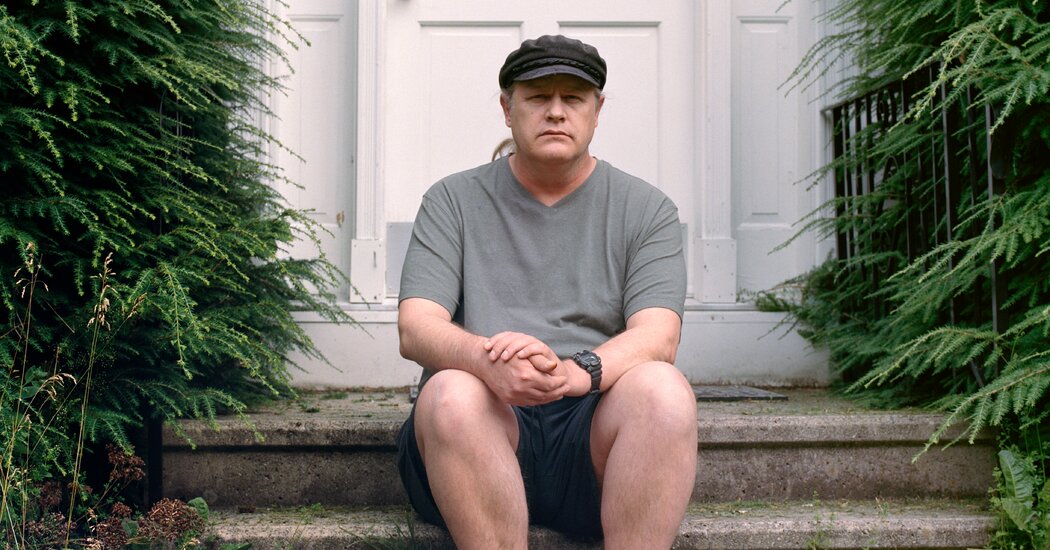 The staff knew it would happen again, and they were right. Three years later, Spriestersbach was jailed for trespassing, this time for sleeping on the property of a middle school. Again he called himself Castleberry, refused treatment and kept to himself. Again he was declared a 406, unfit to proceed, and languished in jail, this time for seven months, before being transferred to H.S.H. for an expected 120 days. When he was released on Jan. 18, 2013, Spriestersbach remained, in this way, a perfect public-policy problem: lucid enough to live on his own; independent-minded enough to refuse treatment; and, though not without his quirks, decidedly nonconfrontational.

Then in 2017, sitting in line outside the River of Life Mission, Spriestersbach encountered yet another police officer. The cycle seemed to be playing out as expected — a slow-motion game of hot potato between the police, the courts, the jails and the hospitals. But this time, Spriestersbach’s alias “Castleberry” became the strange wellspring of an error — first made by the police and then compounded by the courts and the state hospital system and even his own lawyers — that would propel Spriestersbach into an entirely different bureaucratic wormhole that commandeered and consumed the next two and a half years of his life.

The debate in America over how to best help homeless people with mental illness has been left largely unresolved for decades, ever since the closing and shrinking of the mid-20th-century’s massive state mental hospitals transformed jails and prisons into the nation’s largest de facto mental-health holding centers. In 1955, the United States had more than 550,000 state and county psychiatric beds; by 2017, the number of beds, including those at other inpatient facilities like private hospitals and 24-hour treatment centers, was around only 170,000.

Deinstitutionalization is widely viewed as the great original sin of our current mental-health crisis — not because the institutions were the right idea, but because it was assumed that medications could replace them. In fact, medication, while a miracle for managing many mental-health conditions, has failed to change outcomes for people with severe mental illness (while the more drastic outward symptoms of schizophrenia, for instance, can be muffled with antipsychotic medication, many patients suffer from physical and cognitive side effects, and the root condition typically is not reversed). In retrospect, it seemed unrealistic to expect that prescriptions would solve the problem. Severe mental illness is the furthest thing from a cookie-cutter condition: A diagnosis of schizophrenia means different symptoms for different patients, and no patient responds to medication in quite the same way.

In recent years, the debates over what to do with mentally ill people tend to fixate on two extremes. There are the wrongfully committed — those whose relatively benign behavior (like, say, sleeping outside) ends up criminalized when no one else is willing to take them in. These people seem almost destined to return to the hospital even if, in the words of one former staff member at H.S.H., they “really don’t present an imminent danger to themselves or others.” They fall asleep on someone’s lawn, or stop taking their prescribed medications and decompensate, or start taking recreational drugs that trigger their mental illness. Their problems are less psychiatric than social. “Sometimes people come in because they lack housing, they don’t have finances, they don’t have supportive networks, they don’t have insurance.” If they weren’t homeless, they wouldn’t need to be there.

Then there are the acute cases who, lacking inpatient options, one day explode into violence, harming innocent people. New York City, despite the forced-treatment legislation known as Kendra’s Law, has made the news with two tragic cases just this year: Michelle Go, fatally pushed onto the subway tracks, and Christina Yuna Lee, followed home and stabbed to death. While the murders have the marks of anti-Asian violence, the perpetrators also each suffered from severe mental illness and had cycled through facilities for years. Hawaii had a tragedy of its own this year — the case of Michael Armstrong, who on the day after Valentine’s Day bludgeoned another mentally ill person, Linda Johnson, steps from the entrance of the Kapolei police station. Armstrong, his father told reporters, had been on conditional release — an option for discharging patients who have been acquitted by reason of insanity — for 15 years, living in a series of group homes, yet always decompensating and committing more serious crimes. The most dreadful incidents get attention for obvious reasons, though they are by no means typical. A 2019 report for the federal Department of Health and Human Services indicated that while an estimated one in five Americans suffers from some form of mental illness, only about 4 percent of community violence is attributable to psychopathology.