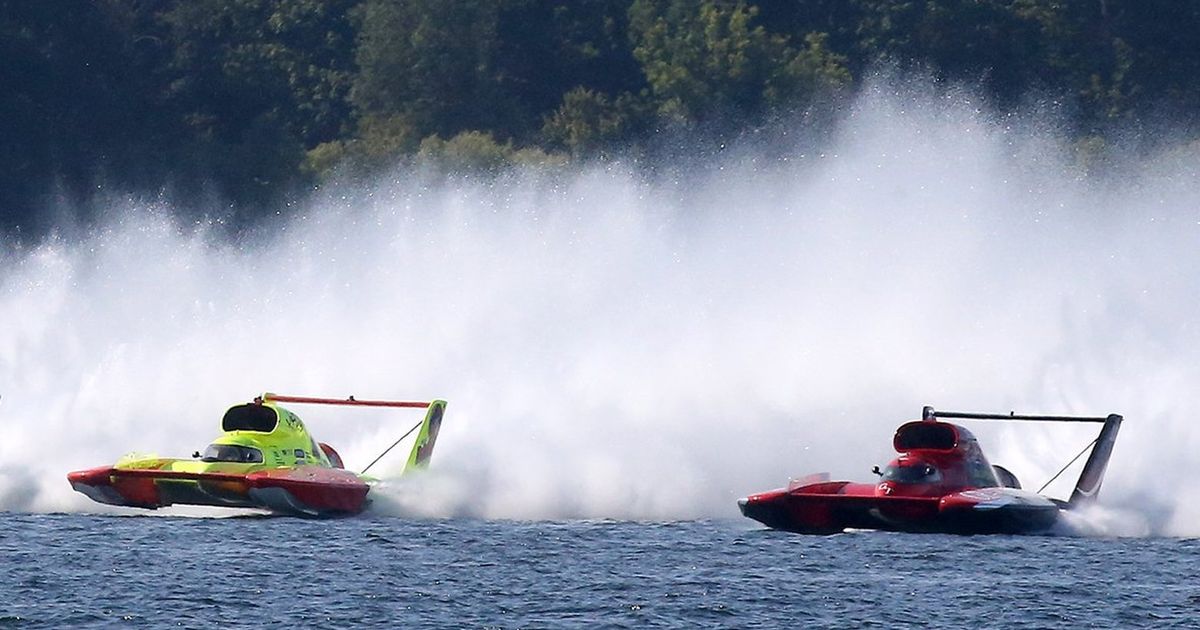 It’s been three years since the unlimited hydroplanes last raced on Lake Washington. But after two years of cancellations because of the COVID-19 pandemic, the HomeStreet Bank Cup at Seafair is back Friday starting with qualifying from the Stan Sayres pits.

While there won’t be as many boats as racing fans are accustomed to, this field is competitive.

There’s the perennial champ and favorite every weekend. There’s the new team that is looking to take over atop the podium. There’s the record-setting veteran who has come out of retirement and made a fast boat. There’s the boat that’s been on the podium in every race this season and another that has one of the winningest hulls in the sport.

“It’s competitive right now,” said Scott Raney, head of the U-11 Racing Group. “We don’t have big numbers, but the quality is very good.”

And in three years plenty has changed on the H1 Unlimited Hydroplane Racing circuit. So let’s get you caught up.

Five boats made their way to the pits Thursday.

There’s the U-1 Miss HomeStreet, the undisputed top boat in the sport. Driver Jimmy Shane has won six of the last seven national championships, and it’s the top team on the National High Points ladder this year.

There’s the U-9 Boitano Homes driven by J.Michael Kelly. The last time this boat was at Seafair was 2017 when it was run by Ellstrom Racing as the Oh Boy! Oberto. It’s got a new owner in Strong Racing, and Kelly won the drivers’ National High Points title last season in it.

The U-40 Miss Beacon Plumbing is repaired and made a late entry into the pits Thursday. Dave Villwock, the driver who owns just about every record in the sport, came out of retirement and has made this boat fast. Bucket List Racing (Kelly and Sharon Stocklin) acquired the former U-21 from Go Fast Turn Left Racing (Brian and Greg O’Farrell). The boat is coming off a flip in the Tri-Cities.

The U-11, driven by Jamie Nielsen, will race as the Miss The Old Cannery Furniture Wearhouse this weekend. The 11 has been on the podium (top-three finish) in all four races this seasons. The last time it raced at Seafair it was also on the podium.

The U-91 Goodman Real Estate, driven by Jeff Bernard, is the second boat on the Miss Madison team (which runs the HomeStreet). It’s the former Oh Boy! Oberto hull that won eight of 10 national championships before the new version debuted in 2018.

The Graham Trucking is the defending Seafair champ, but the team has been on the sidelines this year. Kelly drove the boat to the Seafair win in 2019 (after Shane was assessed with a penalty). Kelly jumped to Strong Racing for the 2021 season.

Andrew Tate, who won the national title in 2018 and won Seafair titles in 2016 and 2018, replaced Kelly in the Graham Trucking after his team, the U-9 which raced as the Delta/Real Trac at Seafair went dark and sold the boat to Strong Racing. Tate drove the Graham Trucking to a fourth-place finish in the National High Points standings last year. Tate has been driving on the Grand Prix circuit this year.

The U-21 Go Fast Turn Left Racing had a new boat at Seafair last year, just the second race it had been in the water. It ran as the U-99.9 CARSTAR Powered Miss Rock KISW. The team, which is based in Maple Valley, hasn’t raced this year.

The 440 Bucket List Racing is also staying on the sidelines this year, it was announced in June. The 440 was the first boat raced by the Bucket List team. It announced Facebook it would focus on the U-40 Miss Beacon Plumbing this season and 440 driver Dustin Echols remains a key member of the team.

The last time we saw the U-27, driven by Cal Phipps, at Seafair in 2018, when it ran as the U-1918 Oberto Beef Jerky, it crashed in the Final heat, delaying the start until 7 p.m. It’s been under construction in Alabama ever since.

The U-3, known as the Turbinator, and driven by Jimmy King raced in the Tri-Cities last weekend and suffered quite a bit of damage after a propeller broke. It’s a popular boat as it’s the last piston-powered boat in the turbine field. It last raced in Seattle in 2015

There’s no undercard for Seafair this year, meaning no smaller class of boat. There will be vintage hydroplanes as always. Back are the J-Hydros, which are often driven by the kids of the unlimited hydros drivers and crews.

The Blue Angels perform at 2:05 p.m. Friday, Saturday and Sunday. The races will be broadcast on KONG starting at 1 p.m. Sunday.