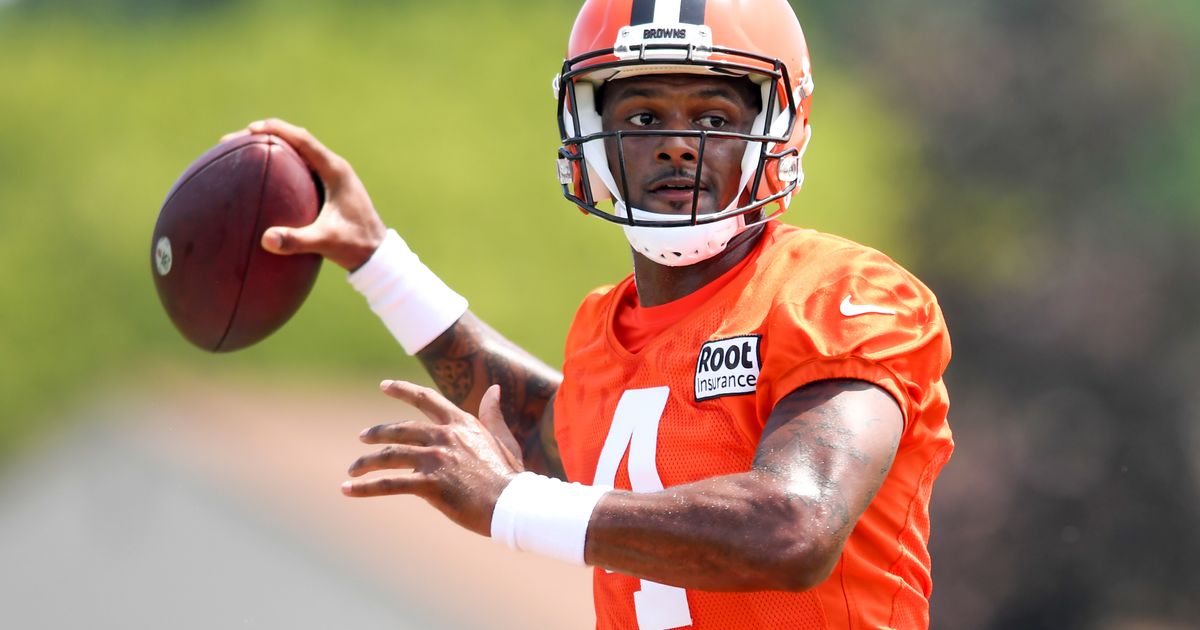 The players’ union announced the reply brief shortly before Friday’s deadline but didn’t release its contents because it’s confidential.

Harvey was selected by NFL Commissioner Roger Goodell on Thursday to hear the league’s appeal of the six-game suspension given to Watson for violating the personal conduct policy.

The NFL said Friday there’s no timeline for Harvey to issue a ruling. The policy says the appeal will be “processed on an expedited basis.”

Watson was suspended by independent disciplinary officer Sue L. Robinson after being accused of sexual assault and harassment by two dozen women in Texas. The allegations go back to when Watson was playing for the Houston Texans.

Watson, who was traded to Cleveland in March, recently settled 23 of 24 lawsuits filed by the women. Watson has denied any wrongdoing.

The NFL is seeking an indefinite suspension of at least one year and a fine around $8 million, a person familiar with the filing told The Associated Press on Wednesday. The person, speaking on condition of anonymity because the matter isn’t public knowledge, also said Watson would be required to undergo evaluation and treatment as determined by medical experts before he could be reinstated.

Under the collective bargaining agreement, the appeal gave Goodell authority to enact a punishment, which he previously did under the old CBA. But Goodell instead chose Harvey, currently a partner at a law firm in New York, to hear the appeal.

Harvey has served as Goodell’s designee in other arbitrations, and he’s a member of the league’s Diversity Advisory Committee, created to improve racial and gender diversity across the NFL.

In 2017, Harvey was one of four members of an expert panel who reviewed the league’s domestic violence investigation into Dallas Cowboys running back Ezekiel Elliott, who was suspended six games for violating the conduct policy.

Goodell chose a designee to handle Watson’s case because he wanted an expert in the field who can focus solely on this matter, a person familiar with Harvey’s appointment told the AP on Thursday. The person spoke on condition of anonymity because it’s an internal matter.

Watson continues to practice with the Browns, who would hand the starting job to Jacoby Brissett in his absence.

“I think with our plan, we will just kind of await clarity on the situation but just continue to move ahead with what we are doing,” Browns coach Kevin Stefanski said about distribution of reps in practice.

Stefanski said he hasn’t finalized plans for playing time for his QBs in the first preseason game against Jacksonville next Friday.