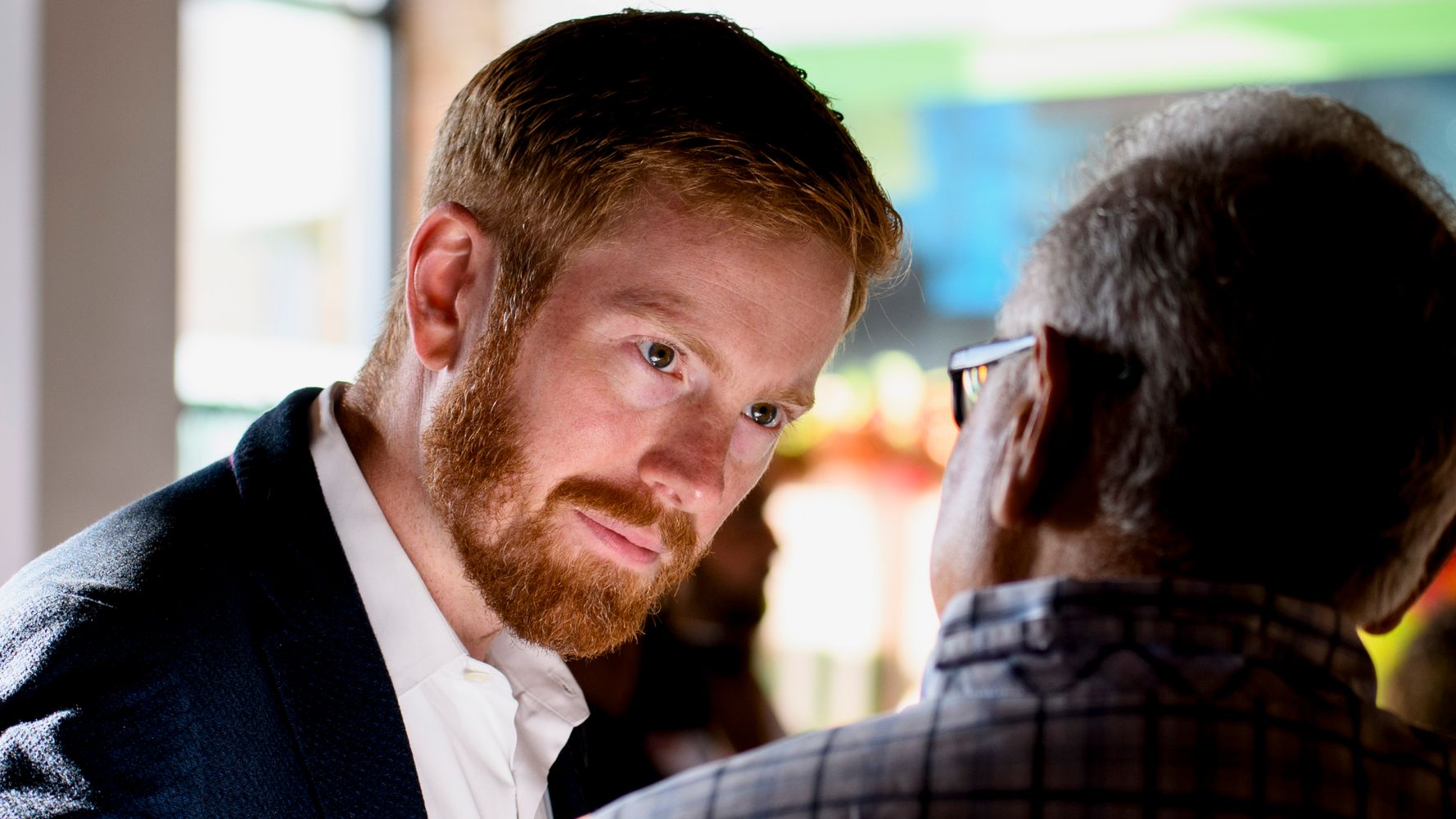 Following a vote to impeach then-President Donald Trump that cast a shadow over his first term in Congress, Rep. Peter Meijer (R-Mich.) lost to a Trump-backed challenger in the Republican primary on Tuesday.

The challenger, John Gibbs, a former software engineer and Trump administration official, is a more orthodox conservative who believes that Trump won the 2020 presidential election.

His victory in the 3rd Congressional District, in western Michigan, despite Meijer’s massive fundraising advantage, speaks to just how much loyalty to Trump has become a litmus test in Republican primaries.

“It shows how powerfully this party’s rank-and-file voters support Donald Trump and believe the ‘big lie,’” said Jeff Timmer, a former chair of the Michigan GOP who left the party after Trump’s nomination in 2016.

In an interview with HuffPost on July 26, Meijer, an Iraq War veteran and heir to a supermarket fortune, ruled out a write-in campaign in the event he lost the primary.

His defeat doubles the number of pro-impeachment House Republicans to lose in a primary. Of the 10 House Republicans who voted to impeach Trump, four are retiring rather than running for reelection. Rep. David Valadao of California survived a right-wing challenge, albeit not one backed by Trump. And Rep. Tom Rice of South Carolina lost his primary to a Trump-backed challenger.

Gibbs is due to face Democratic nominee Hillary Scholten, an immigration lawyer, in November.

Nonpartisan redistricting made the electorate in the new boundaries of Michigan’s 3rd District much more Democratic-leaning. President Joe Biden would have carried the new seat by nearly 9 percentage points.

Still, Democrats preferred for Scholten to face Gibbs rather than Meijer, reasoning that Gibbs would be less palatable to moderate voters. To that end, House Democrats’ campaign arm, the Democratic Congressional Campaign Committee, spent about $450,000 airing a TV ad that touts Gibbs’ right-wing credentials. Since Gibbs chose not to spend his modest funds on television, the DCCC’s spot was the only TV ad intended to support Gibbs’ bid.

In conversations with voters outside a supermarket in the Grand Rapids suburb of Byron Center, even local Republicans supporting Meijer did not frame their decision in terms of Meijer’s electability.

“I don’t like that he was anti-Trump, but I still think he does a good job,” said Ed Dublis, a financial advisor.

For Janet and Kim Rush, a retired couple, Meijer’s vote for impeachment was too much to bear.

“Too much time was spent in Congress and the House of Representatives trying to bring Trump down when they should have been working on other things,” Kim Rush said.