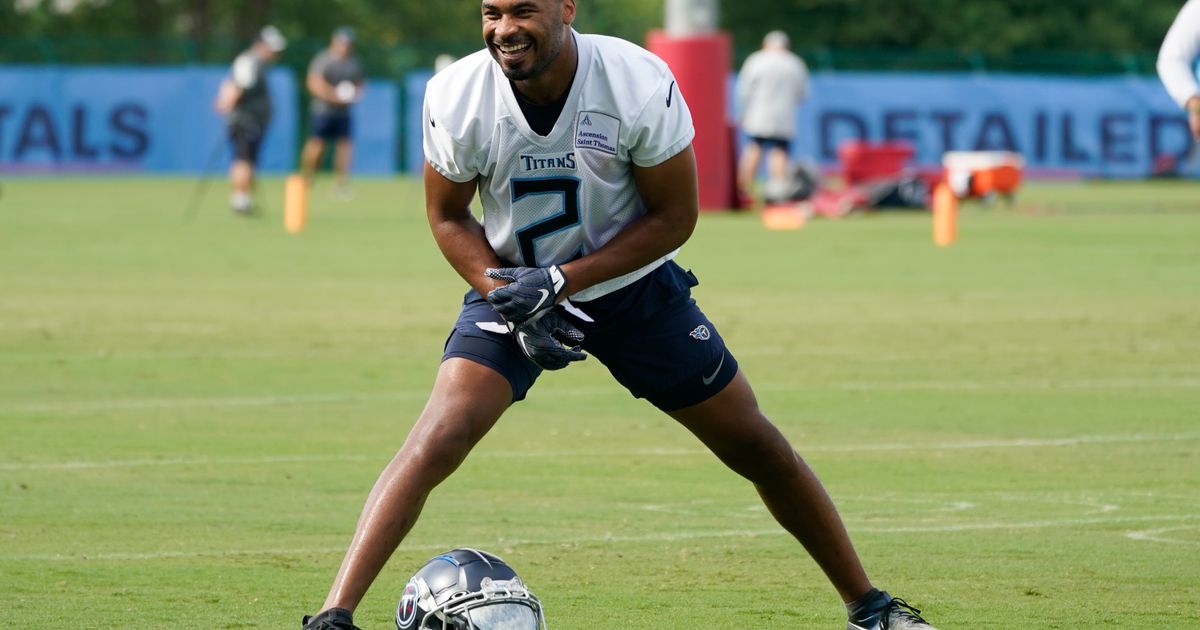 It’s a very welcome sight for the Tennessee Titans with both expected to start this season and both making impressive recoveries from the torn ACLs that ended the 2021 season for each.

That put them on similar timelines for their recoveries. So they started working together not long after the Titans traded for Woods.

The veteran and the cornerback practiced with the team during the offseason program and were on the field to start training camp last week — without knee braces — and practiced Monday in the team’s first session in pads.

And they’ve had pretty much a “full workload” aside from a couple of drills, according to Titans coach Mike Vrabel.

Farley has been benefitting not only from having a rehab partner, but almost a master class picking the brain of a receiver going into his 10th NFL season.

“It helps me think better, play better, be more comfortable,” Farley said. “It gets my confidence up. All those different dynamics, it helps me play better.”

Both Woods and Farley share a track background so part of their routine became running a hill next to a parking lot once a week. They also pushed each other as they worked to strengthen each knee.

“He’s a resource for me as well,” Woods said of Farley. “I know he’s a young player, but he’s young, talented, strong, fast, quick.”

Woods says he started training without the brace after the Titans’ offseason program ended, focusing on track work to help regain his explosion. His work was tested last weekend when the receiver went up for a pass from Ryan Tannehill with Farley defending, and Woods came down with the ball on that left leg.

ACL recovery is not easy and is different for every player.

Titans left tackle Taylor Lewan admitted to reporters in June he struggled throughout the 2021 season after tearing his ACL in October 2020. Linebacker Bud Dupree tore his in December 2020 and said in June he felt like himself for just one game: the Titans’ divisional playoff loss in January.

“People talk about it, and we know the timetable,” Dupree said. “We know how long it really takes. The doctor can say one thing. Your body got to tell you something else.”

Woods is targeting being ready for the season opener as the Titans host the New York Giants on Sept. 11.

“My biggest objective is being ready for Week One,” Woods said. “I’m honing in on everything we’re doing, every practice, trying to get some reps with Ryan. … If Coach asks me to go out there I’ll be ready to go.”

The Titans also are counting on Woods to be one of their new starting wide receivers. Tannehill has been working with Woods since the offseason program building chemistry and timing thanks to Woods’ quick healing.

Farley is expected to start opposite Kristian Fulton this season, replacing veteran Janoris Jenkins who was a salary cap casualty in March. Woods noted Farley picked off two passes when the Titans had only rookies, quarterbacks and injured players start camp a few days before the veterans reported.

More AP NFL: and and