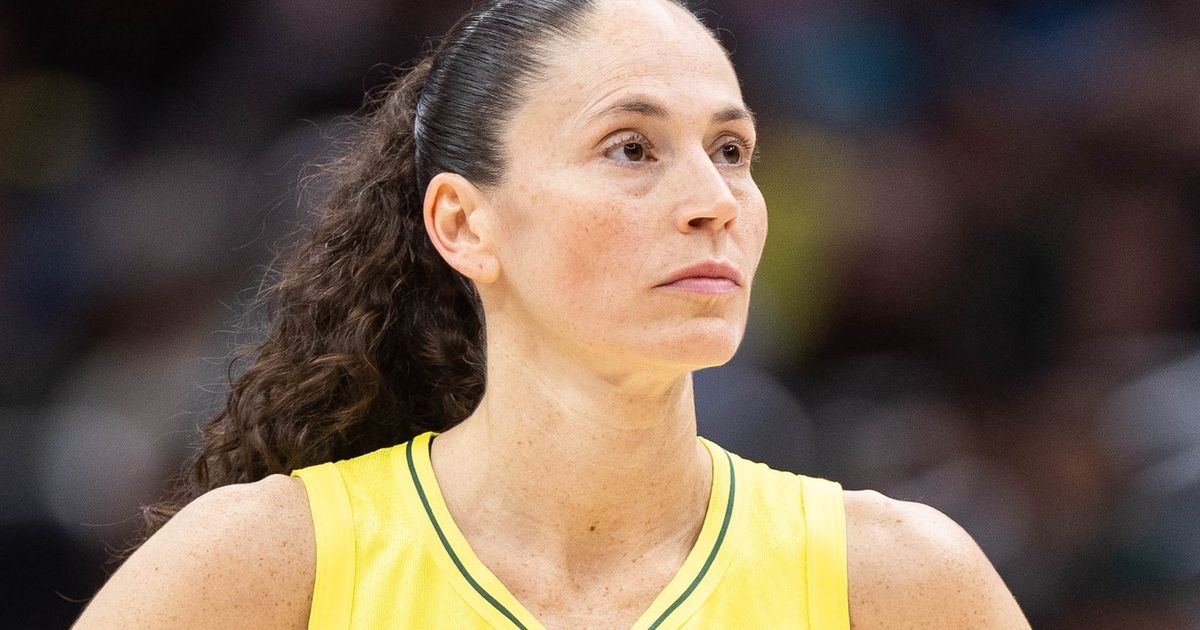 A 21-year journey that began when the Storm selected Sue Bird with the No. 1 overall pick in the 2002 WNBA draft has finally led her here to the eve of her last regular-season game in Seattle.

How do you say goodbye after two decades?

Admittedly, Bird is struggling with that.

“Sometimes I feel delusional,” she said. “In my head I’m like, ‘You do realize you have like one more game left?’ So, it hasn’t really sunk in in some ways.”

It’s all coming at her so fast now. For so long she had been the indomitable, ageless wonder who outran Father Time thanks to good genetics, a strict adherence to a diet, workout and recovery regimen prescribed by trainer Susan Borchardt and a once-in-a-generation skillset that perfectly complements her all-encompassing role on the Storm as the team’s floor general.

But the end of a Hall-of-Fame-bound basketball playing career, which began in earnest at Christ the King High in Queens, New York City, and carried her to stardom at the University of Connecticut where she became a two-time NCAA champion, is coming to a close.

Related
Sue Bird and the Storm

But it was her 19 seasons with the Storm — she sat out two years due to injuries — that vaulted Bird to icon status on par with Seattle’s retired sports greats including Ken Griffey Jr., Edgar Martinez, Gary Payton and Lauren Jackson.

Sunday’s matchup between the Storm (20-12) and the Las Vegas Aces (22-10), which has consequential playoff implications, is Bird’s final regular-season home game, marking the end of an era in Seattle sports.

“To be honest, I don’t know how I’m going handle Sunday’s game,” Breanna Stewart said. “It’s a huge game, but she deserves all of the flowers, all of this recognition, all of this appreciation that she’s getting and will continue to get.”

Jewell Loyd added: “I think there’s going to be a lot of emotion obviously. We’re excited. We’re going to try to focus because it’s a big game, but it’s also Sue’s last home game. We haven’t really talked about it much.”

Tickets for Sunday sold out weeks ago and the Storm opened the upper levels of Climate Pledge Arena in anticipation of their largest crowd of the year, which is expected to exceed 15,000.

With several former Storm players in attendance, the team is planning two pregame ceremonies and several video tributes to honor Bird, who is widely recognized as the greatest point guard in WNBA history.

Here’s a glimpse of Bird’s statistical achievements in the WNBA: The 13-time WNBA All-Star is the only player to win league championships in three different decades. She’s the league’s all-time leader in assists (3,208) and games played (576) and she ranks second in three-pointers (996), third in steals (717) and seventh in points (6,774).

“She’s a legend,” coach Noelle Quinn said. “That says it all really. I can go on. … She’s been our leader on and off the court. She’s a class act. She’s done it the right way. She’s always put the team first. She represented this organization the way you want and now it’s our turn to say thank you and pay our respects to one of the greatest players in our game.”

Years ago, Jackson, Bird’s illustrious Storm teammate, likened retirement to death, noting athletes die twice: Once when they stop playing and at the end of their lives.

Bird is starting to understand that analogy.

“I will be attending my own funeral on Sunday,” she said, smiling. “ … When you’ve played a long career like I have and you really feel like you left it all out there and you accomplished the things you wanted to accomplish, the end feels more like a celebration.”

Unlike Jackson whose career was cut short by injuries and never participated in a farewell tour, Bird is leaving on her terms, giving the Storm their first opportunity to say goodbye to a superstar who spent the majority of their career with the franchise.

Despite another trip to the WNBA All-Star Game, Bird, the league’s oldest player who turns 42 in October, said this season has been physically and mentally more challenging than any other. Her 5.9 assists per game ranks sixth in the league, but she’s averaging a career-low 7.9 points and her 39.8% shooting percentage is her lowest since 2015.

At the start of the season, Bird was unsure if she wanted to make a big deal about her retirement and contemplated calling it quits after the season with little fanfare.

But all that changed mid-June before what was going to be her last game in her home state New York when she announced her retirement via social media.

“I got to a place where I felt good and the second I hit send on my little Instagram, I just felt lighter,” Bird said. “There was this weight that I didn’t even know was weighing on me.”

Bird also commented on how meaningful it’s been to receive messages and share memories with her WNBA peers. “I didn’t do it to get that,” she said. “But that has been nice and it’s part of my closure. And it’s helped me move on when it’s all said and done.”

After Sunday, there’s still plenty of season left for Bird and the Storm, who have clinched a spot in the playoffs and finish the regular season with a daunting three-game road trip at Chicago, Minnesota and Las Vegas.

If the postseason started Saturday, Seattle would be the No. 4 seed and host the first two games in a best-of-three first-round series against No. 5 seed Washington.

The Storm could also slip to the No. 5 seed, lose two straight playoff road games to end the season and Bird would never play again in Seattle.

But if Hollywood screenwriters were penning this script, Bird would lead the Storm to their fifth WNBA championship with a performance reminiscent of her glory days.