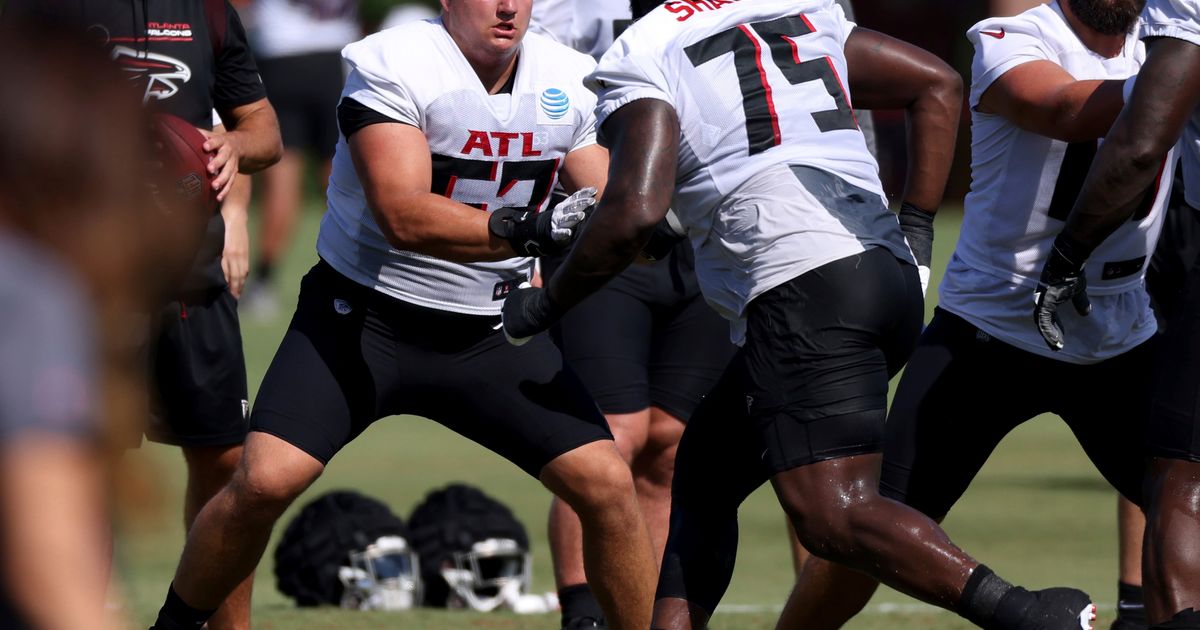 Atlanta is set at left tackle with Jake Matthews and right guard Chris Lindstrom. Both are former first-round picks signed to lucrative contract extensions, but the other spots are less clear.

Matt Hennessy and Drew Dalman are battling at center. Elijah Wilkinson has moved past Jalen Mayfield at left guard, and Kaleb McGary, whose team option was not picked up in the offseason, appears to be holding off Germain Ifedi at right tackle.

Smith said Saturday that the team is prepared to wait as long as Week 1 to settle on a five-man front. Atlanta opens the regular season Sept. 11 at home against New Orleans.

“As long as it takes,” Smith said. “Last year we thought we had our starting left guard and Josh Andrews broke his hand. It’s just fluid. A guy might go down on the second play of the game and you’ve got to have that (depth), obviously.

“Conventional wisdom is there’s chemistry, but that’s not reality in the NFL. At some point, somebody will emerge, but I’m not worried about the timeline.”

Mayfield, a starter in 16 of 17 games last year, has missed the last two practices with a sore back, but his previous struggles in training camp have opened the door for Wilkinson the last couple of weeks.

“Elijah’s got some experience,” Smith said. “It’s a little bit different for him playing in there at left guard. There’s some things — you have a little leeway, but you like some of the movement. Experience, intelligence, things happen a lot quicker right there. It’s close quarters. A little different from tackle. I feel like he’s progressing. It’ll play itself out.”

Hennessy and Dalman are continuing to swap reps with the first-team offense, which is led by quarterback Marcus Mariota. The other hikes the ball to Desmond Ridder with the No. 2 offense.

The Falcons are coming off a 7-10 season in which they allowed 40 sacks, tied for 11th-most in the league. Mariota and Ridder are both more mobile than their predecessor, franchise cornerstone Matt Ryan, who was traded to Indianapolis during the offseason.

Smith stopped short of saying who will start and who will get the most reps for Atlanta’s preseason opener next Friday at Detroit, but he did like what he saw overall in Saturday’s 2-hour session.

“You’re balancing two things, right?” he said. “You’re getting ready to play a preseason game, managing whatever kind of strategy you want, how many reps for everybody, but you’re also still trying to work on your own team and have some training camp days. It’s good to finish the week like that. It says a lot about our guys’ mindset, trying to string together good practices, competitive. I was really pleased. That was a good physical practice.”

Notes: Reserve defensive tackle Bryce Rodgers was helped off the field by a trainer and then driven on a cart to the locker room after crumpling to the field near the end of practice. Smith said it was to early to give a prognosis. … The Falcons got bad news earlier this week when DT Vincent Taylor was lost for the season with a ruptured Achilles and their defensive line depth took a blow at the eve of camp when Eddie Robinson retired. … RB Damien Williams, who signed as a free agent from Chicago, got a veteran’s day to rest on Wednesday but was back on the field Friday and Saturday. … The team will take Sunday off.