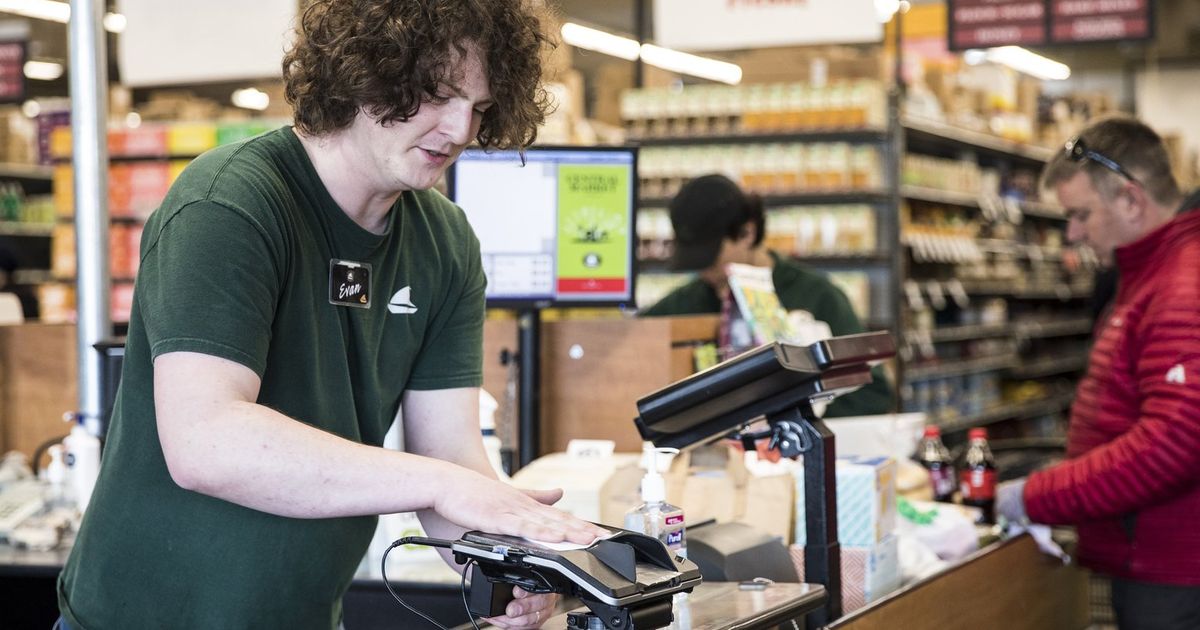 After a year and a half, the Seattle City Council has voted to end COVID-19 hazard pay for grocery stores.

The council voted 5-2 on Tuesday, with Councilmembers Lisa Herbold and Teresa Mosqueda absent, to repeal a policy passed in early 2021 which required grocery stores to pay employees an additional $4 per hour in hazard pay.

The council had considered lifting this requirement several times since its initial passage, even voting to end hazard pay in December before the spike in the omicron variant and subsequent veto by then-Mayor Jenny Durkan, but ultimately voted to end the requirement Tuesday at the request of Mayor Bruce Harrell.

“Grocery workers were a specific class of workers to receive hazard pay at the outset of the COVID-19 pandemic due to the necessity of access to grocery stores at a time when many other food-based businesses and nonprofit providers were closed,” a spokesperson for Harrell said last week, adding that the policy was no long necessary.

During each of the past two council meetings, dozens of community members have implored the council not to end the requirement, citing the ongoing risk of COVID that workers face.

“We are once again in a high-transmission period for COVID in King County, the mayor has not ended the civil emergency, and grocery workers are still at risk for exposure — especially now that people seem to think they don’t have to wear masks anymore,” Morales said, before voting against the bill.

Sawant chastised her colleagues, saying that those who voted to repeal hazard pay were voting to say “the lives and well-being of front-line grocery workers don’t matter, whereas profits for the wealthy reign supreme.”

Neither of the five council members who voted in favor of the legislation — Councilmembers Andrew Lewis, Sara Nelson, Alex Pedersen, Dan Strauss and President Debora Juarez — commented on their vote.

Juarez described the bill as ending hazard pay “in recognition of the progress made toward supporting the health and safety of workers and the community through high rates of vaccinations and reduced numbers of COVID-19 cases and hospitalizations” when introducing the legislation for the vote.

Holly Chisa, a member of the Northwest Grocery Alliance, was one of the few commenters supportive of ending hazard pay, arguing that maintaining a hazard-pay requirement for only some businesses after all businesses have reopened in the pandemic is unnecessary.

“We’ve turned an important corner in COVID and that vaccines are readily available to any and all of our employees, to our managers and most important to our community who shops within our stores. That was not available when hazard pay was put into place 18 months ago,” Chisa said. “As you know only some grocery stores in Seattle have been mandated to pay hazard pay, while all other businesses in the city have not. And in the city of Seattle all businesses have been open for the better part of the year.”

The hazard-pay requirement will end 30 days after the bill is signed by the mayor, likely early September.