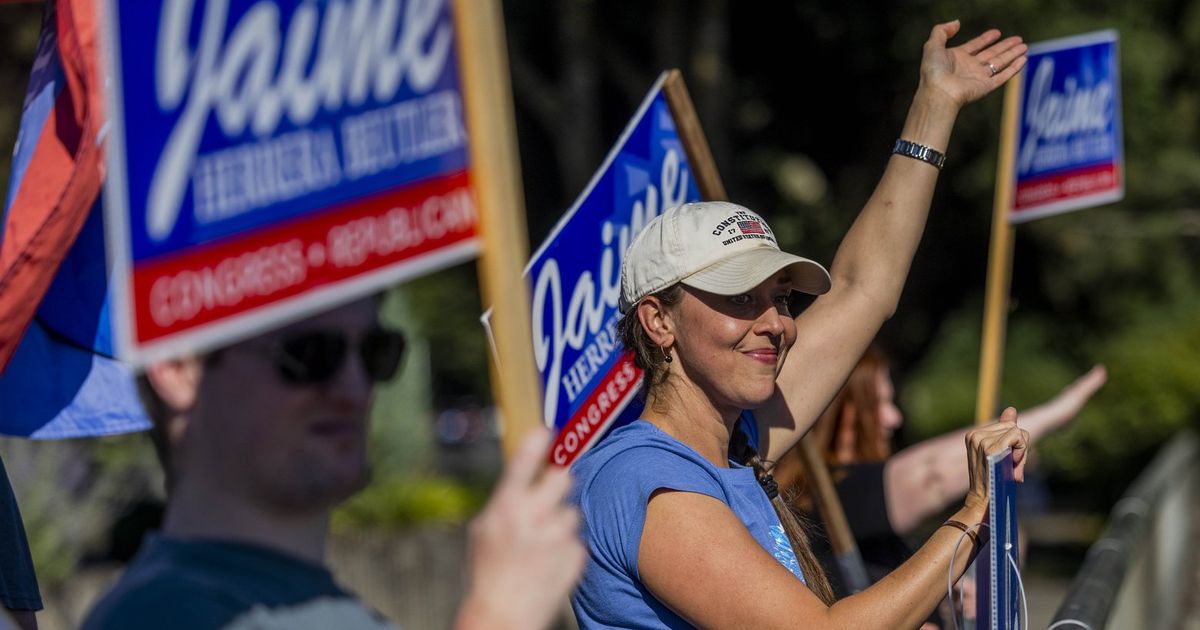 Tuesday night’s initial ballot returns in the Aug. 2 primary carried lessons for Republicans and Democrats as they regroup for the fall general election. A look at four top takeaways:

Reps. Jaime Herrera Beutler and Dan Newhouse may be those rarest of figures in the House of Representatives — Republicans who managed to survive their votes to impeach former President Donald Trump.

Of the 10 House Republicans who voted to impeach Trump over his incitement of the Jan. 6, 2021 Capitol attack, six have already announced their retirements or been rejected in primaries.

But in Washington, both Herrera Beutler and Newhouse were placing in the top two based on initial primary results.

Newhouse is leading with 27% of the vote in the 4th District of Central Washington, with Democrat Doug White in second place at 26%. That leaves Trump-endorsed challenger Loren Culp, at 22%, in danger of failing to advance.

Herrera Beutler was in second place, with about 24% of the vote, behind Democrat Marie Gluesenkamp Perez, at 32%. But Trump-endorsed challenger Joe Kent was in third place with 20%.

Neither incumbent is out of the woods yet, as hundreds of thousands of votes remain to be tallied.

So far, only one GOP impeacher, Rep. David Valdao of California, has managed to survive his primary. Rep. Liz Cheney of Wyoming has a primary later this month and is trailing badly in the polls.

No. 2: No red ripple in early returns

If Republicans were hoping to surf a red wave in Washington, they were left paddling in calm waters far from shore based on Tuesday night’s initial primary returns.

Across the state, Democratic candidates who Republicans hoped would appear vulnerable look stronger than expected.

A big caveat is that roughly half the ballots remain to be counted — and Republicans hope later ballots trend their way. Still, it’s hard to see Tuesday’s vote counts as anything but good news for Democrats.

At the top of the ticket in Washington, it was always going to be a stretch for Republican Tiffany Smiley to knock off five-term incumbent Sen. Patty Murray, a Democrat.

Murray had 54% of the election night vote, a whopping 22 percentage points ahead of Smiley. Even if Smiley were to consolidate every single vote won by the other 16 candidates, that wouldn’t be enough to put her ahead.

Likewise, the most vulnerable Democratic member of Congress in Washington is Rep. Kim Schrier, who represents the state’s one congressional swing district, bridging the King County suburbs with rural Chelan and Kittitas County.

Schrier held a commanding lead with 49.4% of the vote, to 16% for her nearest Republican opponent, businessman Matt Larkin.

No. 3: GOP shutout in secretary of state race?

Republicans had held the Washington secretary of state’s office for nearly 60 years when Secretary of State Kim Wyman stepped down last year to take a job in the Biden administration.

Gov. Jay Inslee appointed a Democrat to replace her. And now it looks possible that not only will Republicans lose the seat, the last statewide position they’d held in Washington, but they might not even have a candidate advance to the general election.

A Hobbs-Anderson matchup would set up an intriguing general election, with Anderson likely to win Republican votes and hoping to win enough independents and Democrats to make a race of it.

Candidates who have trafficked in false election-fraud conspiracies were faring poorly in reality-based vote counts.

As mentioned, there is Culp, who still claims to have won the 2020 gubernatorial race he lost by over a half million votes, and who last weekend demanded a police investigation after the Yakima Herald Republic accidentally posted dummy election results on a test website. Prosecutors quickly dismissed his complaint.

In the race for secretary of state, Tamborine Borrelli, who leads a group that was fined $28,000 for making legally meritless claims of voter fraud, was garnering just 4% of the vote.

A trio of state legislative candidates running as “Election Integrity Party” also is getting creamed, including Amber Krabach, who helped organize a controversial effort to post signs around King County ballot boxes warning they were “under surveillance.”