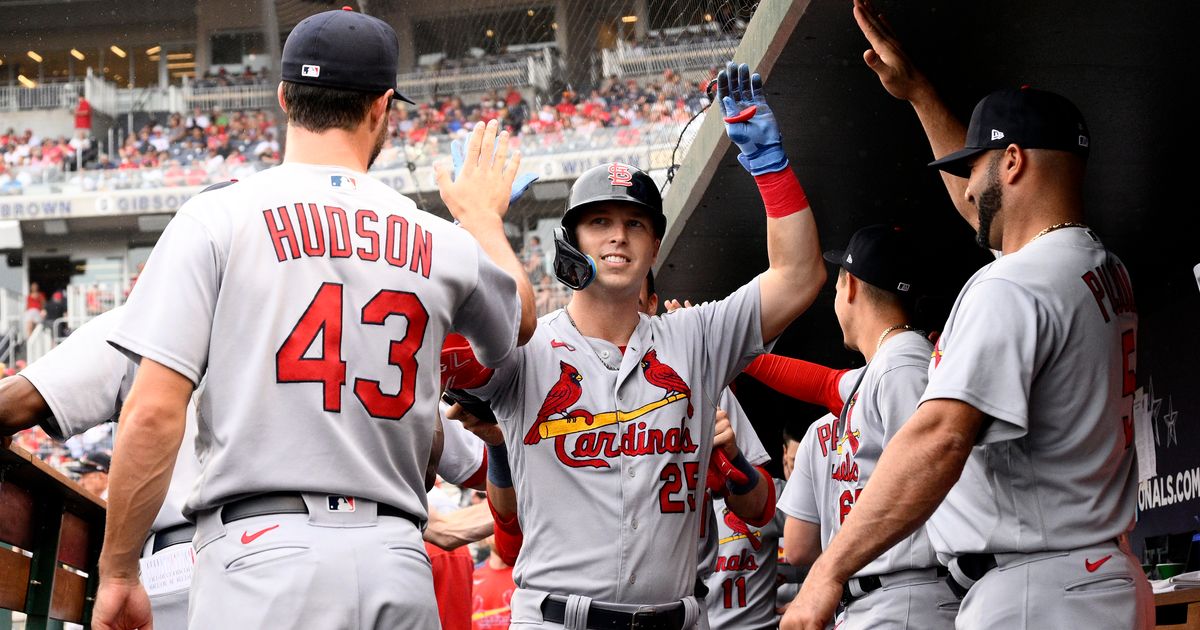 Corey Dickerson also homered for the Cardinals, who broke the game open in the fourth inning against starter Josiah Gray (7-7).

Washington star Juan Soto was 0 for 3 with a walk. Soto is one of several Nationals who could be dealt before Tuesday’s trade deadline. Washington has the worst record in the majors at 35-68 and went 6-19 in July.

An All-Star in 2019, DeJong was demoted to Triple-A Memphis in May after hitting .130 with one home run in 24 games. He seemed to rediscover his power stroke with the Redbirds, slugging 17 homers in 51 games, including one in each of his final three games.

The surge has carried over to the majors. DeJong homered in his return Saturday, then connected again in the sixth inning Sunday against Jordan Weems.

Pallante (4-4) allowed five hits in eight-plus innings and earned his first road victory for St. Louis, which began the day a game behind Philadelphia for the NL’s third wild card. The Cardinals went 4-4 on their three-city, eight-game trip coming out of the All-Star break.

Pallante struck out a career-high eight and walked one. The Nationals didn’t get a runner to third base until chasing Pallante with a single and a double to begin the ninth. Ryan Helsley then retired the next three hitters to end it.

Gray issued two four-pitch walks with one out in the fourth inning before retiring DeJong. Dickerson then poked a curveball down the right-field line for his fourth homer of the season.

Dickerson doubled, moved to third on a wild pitch and scored on Dylan Carlson’s groundout in the second to account for the Cardinals’ first run.

Cardinals: OF Tyler O’Neill didn’t play after leaving with leg cramps Saturday, though manager Oliver Marmol said he expects him to be OK.

Nationals: OF Victor Robles (leg cramps) was out of the lineup. “When he cramps up like that, it knots up pretty good,” manager Dave Martinez said. “I talked to him last night and told him ‘We’re just going to give you a day.’” … RHP Will Harris (right pectoral) gave up a run on a homer in one inning during a rehabilitation outing Saturday for Triple-A Rochester.

The Nationals recognized 1B Albert Pujols and C Yadier Molina during a ceremony before the Cardinals’ last game in Washington this season. Both retiring players received a framed photo. Pujols was given two ballpark seats in honor of hitting both his 400th and 500th career home runs in Washington. Molina (who is on a rehab assignment for Triple-A Memphis) received one seat as a nod to his 2018 All-Star appearance at Nationals Park.

Cardinals: RHP Adam Wainwright (7-8, 3.28 ERA) starts the opener of a three-game series at home Tuesday against the Chicago Cubs.

Nationals: LHP Patrick Corbin (4-14, 6.49), who failed to escape the first inning for the first time in 250 career starts in his last outing, gets the ball Monday at home against former Nationals ace Max Scherzer (6-2, 2.09) and the New York Mets.