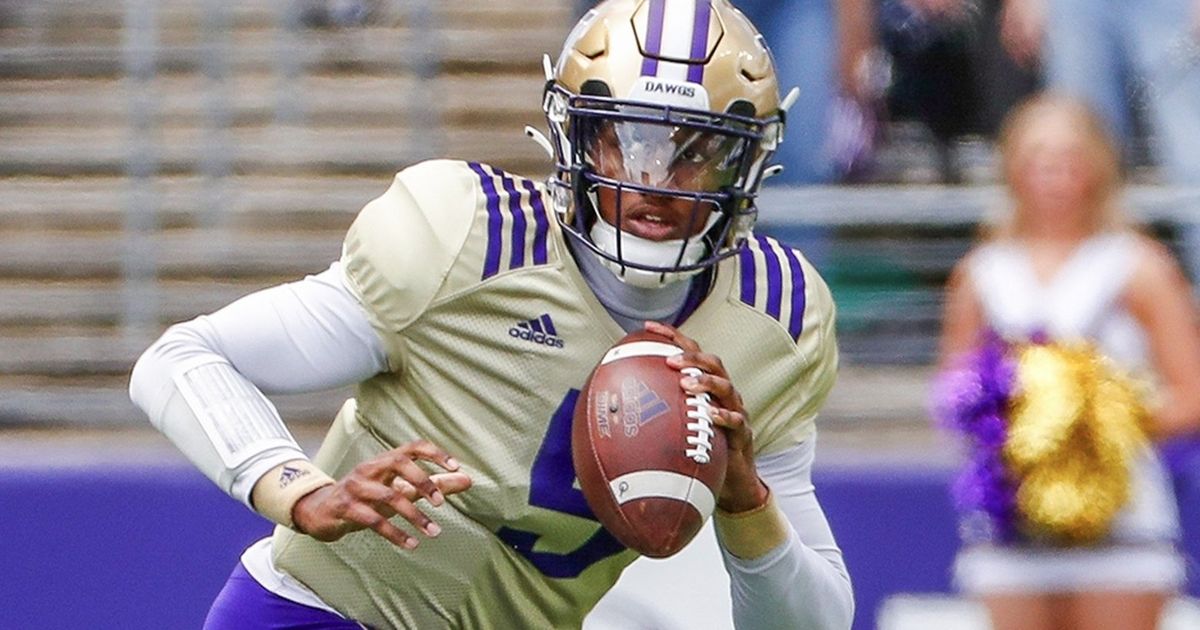 Training camp begins this week across the conference and, admittedly, the development would have prompted mild interest around Hotline HQ in past years.

Sure, there was a COVID hangover last season resulting from limited practices and games during the prior 12 months. Stamina and physicality clearly were not up to standard when September ’21 arrived.

But COVID wasn’t the sole reason the conference underperformed a year ago.

We saw numerous instances of head coaches picking the wrong quarterback: Oregon State, Stanford, Utah, Arizona and Washington State all started the season with their best option on the bench.

The situation this month is vulnerable to additional whiffs in judgment, with seven teams likely to have new starters.

Our preview of Pac-12 training camp begins there …

That wasn’t a misprint: At least seven teams are expected to have new starting quarterbacks after an offseason in which the transfer portal loomed large.

USC is set with Caleb Williams, the Oklahoma transfer. So is Arizona with Jayden de Laura, who’s coming off an impressive rookie year for Washington State. The Cougars, in turn, have a replacement lined up in Cameron Ward, the talented transfer from Incarnate Word who will be playing in a familiar system.

The next level of quarterback security finds Oregon with Bo Nix, the former Auburn starter; Cal with Jack Plummer, who threw 492 career passes for Purdue; Arizona State, which found Florida’s Emory Jones late in the transfer cycle; and Washington, where Michael Penix Jr., the Indiana transfer, is our frontrunner for the job.

Meanwhile, Oregon State’s Chance Nolan and Colorado’s Brendon Lewis are returning starters who seemingly must cement their status this month to earn the starting spot.

That’s another way of saying only Stanford (Tanner McKee), UCLA (Dorian Thompson-Robinson) and Utah (Cam Rising) have returning starters and no competition.

Should be an interesting month.

Far less easy to assess than the quarterback competitions, but only slightly less significant, is the massive turnover at defensive coordinator.

Arizona State elevated Donnie Henderson to the post after Antonio Pierce escaped to the NFL.

Oregon State promoted Trent Bray to the full-time coordinator prior to the LA Bowl, so he’s not completely new to the task.

All in all, just four teams (Stanford, Cal, Utah and Colorado) are starting 2022 with the same defensive coordinators they employed at the beginning of 2021.

The speed with which they install and ingrain their systems will be vital, and challenging. Starting defenses throughout the conference are stocked with newcomers and inexperienced returnees.

From our vantage point, the area of greatest intrigue this month (other than quarterback, of course) is the state of play at edge rusher.

Why? Because pocket pressure is essential, because the conference needs a flag-bearer off the edge following the departure of Oregon’s Kayvon Thibodeau, and because the existing pool of talent carries fascinating subplots.

Is Washington’s Zion Tupuola-Fetui fully recovered from the Achilles injury suffered in the spring of 2021? If so, he has All-American potential.

Will the Murphy twins, Gabriel and Grayson, have the desired impact on UCLA’s pressure generation after arriving from North Texas?

Will Van Fillinger become Utah’s next elite pocket crusher and fill the void left by Mike Tafua? What about Mohamoud Diabate, the Florida transfer, or Gabe Reid, the Stanford arrival?

Where is the pressure point on Oregon’s seemingly stellar front seven? Is Brandon Dorlus ready for the role? Or perhaps Justin Flowe?

Will any of USC’s edge options, which include ASU transfer Eric Gentry and former No. 1 recruit Korey Forman, materialize?

Our final area of keen interest this month is not restricted by position, system or side of the ball.

It’s a broad search for talent … for Day One draft talent.

The situation will change many times over before April, but the Pac-12 seemingly has a paucity of elite players across all units.

Who’s the next Laviska Shenault or Rachaad White?

If breakout stars are to emerge, the first clues should appear this month.


Jon Wilner:
jwilner@bayareanewsgroup.com; on Twitter: @wilnerhotline. Jon Wilner has been covering college sports for decades and is an AP top-25 football and basketball voter as well as a Heisman Trophy voter. He was named Beat Writer of the Year in 2013 by the Football Writers Association of America for his coverage of the Pac-12, won first place for feature writing in 2016 in the Associated Press Sports Editors writing contest and is a five-time APSE honoree.