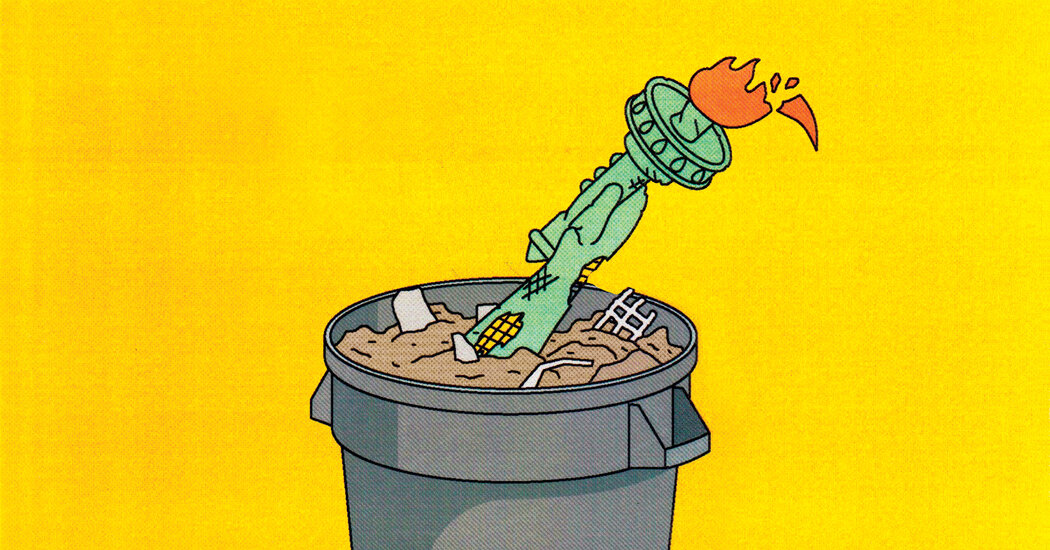 Just last week, Moroccan forces set upon a crowd of migrants that had rushed to scale a fence into Spain, killing at least 23 people, according to human rights groups monitoring the Moroccan-Spanish border. A scathing statement from N.G.O.s in both countries blamed the deaths on a security deal between the two governments and “European policies to externalize the E.U.’s borders, with the complicity of a southern country, Morocco.”

“Nobody is going to call out anybody else, because they’re all doing it,” said David Owen, a British political philosopher and the author of “What Do We Owe to Refugees?” “At some point this has to crack. Either we decide that human rights just don’t matter, or at least the human rights of some people don’t matter, or the international community will start taking this more seriously.”

We imagine a planet of nations and borders, but a growing chunk of humanity lives in camps. Most displaced people are likely to die in limbo, without ever being resettled. Refugee camps and transitional shelters have turned, increasingly, into long-term, even lifelong, homes. And that burden is unfairly distributed: Eighty-three percent of the world’s refugees are hosted by low- and middle-income countries.

In the meantime, the inhabitants of the world’s more comfortable places exist obliviously behind governments that do the dirty work. President Donald Trump fantasized aloud about electrified walls and a trench of alligators, but perhaps our most impenetrable border protection is the psychological insulation that separates the things we do from the way we prefer to think about ourselves.

A Supreme Court decision handed down on Thursday could chip away at a backlog of people waiting in Mexico, allowing a limited number of asylum seekers to enter the United States while they wait for cases to be resolved. But the effect will be modest, experts warned, as long as Title 42’s overarching ban of asylum seekers stays in force. “The real issue on the border is Title 42,” an A.C.L.U. lawyer, Lee Gelernt, said. “This won’t change anything on the ground.” (In fact, he added, the ruling could take the pressure off the government by deflecting criticism of Title 42.)

In the concrete realm of borders and checkpoints, certain patterns reappear from one place to the next. Many governments make a show of punishment and deprivation, for example, turning asylum-seeking into a de facto crime in their eagerness to scare off potential arrivals. Migrants are locked up, families get separated, and asylum seekers are held in far-flung locations, creating the sensation of abandonment and exile.