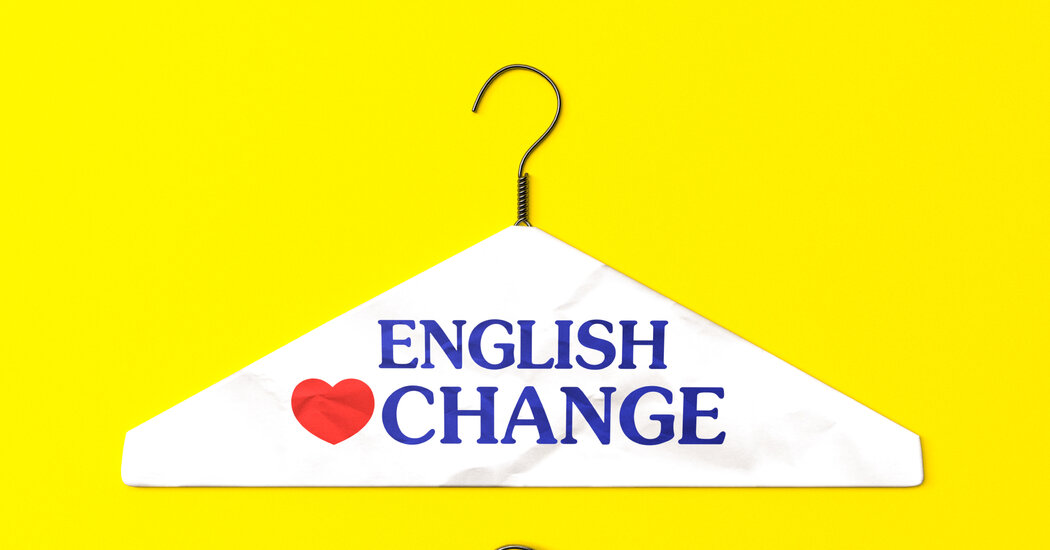 I want to follow up on the topic of language evolution that I took up in my previous newsletter about how the word “satisfying” has taken on a new meaning among many of today’s kids. The bigger theme is that we all know language inevitably changes; it’s the way we got from Latin to French or from Beowulf to Tom Wolfe. But while that change is happening, we tend to see it as decay, sloth, maybe even a scourge.

A great example of this is what is happening with English’s past tense forms — I hear from someone appalled about it roughly once a month. Namely, in standard English, many verbs come in different forms for present, past and past participle: “sing,” “sang,” “sung”; “take,” “took,” “taken.” But in colloquial English, there’s a tendency to use the past form as the participle form as well. Someone gets “beat up” rather than “beaten up.” If you are cheated, sometimes you get “took” rather than “taken.” As Cleo sings in Frank Loesser’s opera-esque Broadway musical, “The Most Happy Fella,” “But when you’re just 27 in his book, gettin’ took out is much more like gettin’ took.” Cole Porter had it in the song “Friendship” from the musical “Du Barry Was a Lady,” with the line “When other friendships have been forgot, ours will still be hot.” And this wasn’t just showbiz goofiness; one of Edgar Allan Poe’s famous lines was “That years of love have been forgot.”

Many of us process this as distinctly nonstandard — infra dig, as it were. Or in a case like Poe’s, maybe just quirky. Surely, the cultivated person doesn’t go in for such “errors.” But in real life, many, if you will, “supra dig” English speakers routinely use the past form instead of the participle form. I know this partly from being a linguist and partly from hearing it in the wild, week in and week out. Just recently, I’ve quietly jotted a bunch of examples from casual conversations with urbane, college-educated people of the sort who read this newspaper daily.

“This is the first time I’ve swam this summer,” someone said after an exchange about climate change. “I haven’t sang since Covid,” someone else said amid a conversation about Paxlovid. “And that was when she got bit by a tick,” another person said after asking for a book recommendation. Once, off the air, I heard a prominent talk show host say, “I wish he could have saw how much people loved him.” Another recent one was, “She could have went to college with the rest of us, except actually, she went to Bennington.” The person who said that was me.

One reaction to these things is to conclude that English is falling apart or at least getting intolerably rough around the edges. But people have been claiming that since time immemorial, and never quite does the language seem to have undergone such a collapse. Rather, English is simply evolving. Indeed, languages with three forms for present, past and participle have a way of trying to make two things out of three.

Sometimes they marginalize the past form in favor of the participle. If you take French beyond a certain point, you have to deal with that weird past form of the verb in writing that few use in speech anymore. You first learn that “Candide spoke” is “Candide a parlé,” which word for word means “Candide has spoken,” and you just deal with it. But then in books you stumble upon “Candide parla,” and learn that in earlier French, that meant “Candide spoke” while “Candide a parlé” meant only “Candide has spoken.” In certain German dialects, something comparable has happened: In casual speech, you say, “she has taken” rather than “she took,” “she has sung” rather than “she sang.”

Casual English increasingly makes way for the past tense form over the participle. If there were no sense of today’s standard English as the only legitimate form, then English would be on its way to letting most participle forms go.

A few would hold on, “seen” being one of them. Despite the talk show host’s “I wish he could have saw,” perhaps more familiar is the phrasing like the one enshrined in the lyrics for “Cell Block Tango” from the musical “Chicago”: “If you’da been there, if you’da seen it, I betcha you would have done the same.”

English, when no one is watching, wants to have two forms of verbs rather than three. This is an old story; to an extent, the horse is out of the barn in cases we now no longer process as strange. Perusing, for instance, the first seriously influential description of English grammar, in the 1760s, “A Short Introduction to English Grammar: With Critical Notes,” one finds that the participial form of “spit” is given as not “spat” but “spitten.”

Perhaps we think the 1760s were so long ago that this was some wholly apart, antique version of English. But where do we draw the line? Among traditionalists, it often seems that change is seen as fine and dandy until sometime around the early 19th century, at which point, for some reason, it was time to stand athwart the language and yell, “Stop!” Apparently, Jane Austen, the Brontës and Noah Webster determined what real English is, and beyond them, if the language changes, it must only be in quiet ways such as “satisfying” referring to the sound of a struck pickleball. Rarely do we ask just why our tolerance for language change must stop roughly around the time of Andrew Jackson’s administration. What did people then know that we don’t?

Standard forms will always exert a social pull: I’m not calling for anyone to ignore the difference between “sing,” “sang” and “sung” in formal language. But to the extent that anybody doesn’t distinguish all three forms consistently in casual speech, there are no grounds for judging it as slovenly. How we use English in its Sunday best is one thing, and we should all have our linguistic tuxes at the ready. But in terms of English in a T-shirt and jeans, we should listen to it as unbiased spectators — of the kind of thing all languages have done forever.