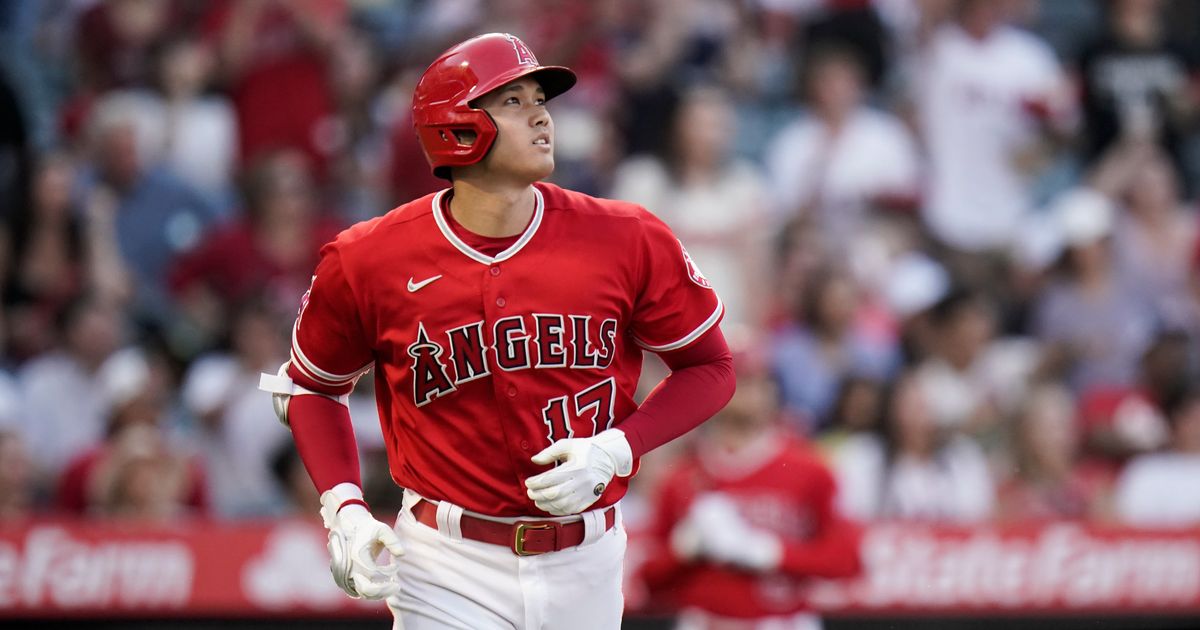 ANAHEIM, Calif. (AP) — Shohei Ohtani hit an early three-run homer, and Luis Rengifo and David Fletcher each had a two-run double during a five-run eighth inning that rallied the Los Angeles Angels past the Texas Rangers 9-7 on Saturday night.

Marcus Semien and Meibrys Viloria homered for the Rangers, who won the first two games of the series.

Ohtani launched his 22nd homer in the third, but the Angels trailed 7-4 going into the eighth. Fletcher, who entered in the third after Phil Gosselin was beaned, lined a two-run double to the left-field wall with one out to bring Los Angeles within 7-6.

After pinch-hitter Kurt Suzuki struck out, Ohtani was intentionally walked and Taylor Ward drew a walk from Brett Martin (0-7). Fletcher tied it at 7 when he scored on a wild pitch, and Rengifo followed with a line drive into the right-center gap to put the Angels on top.

Max Stassi added two hits and an RBI for the Angels. Touki Toussaint (1-0), who came on for starter Chase Silseth in the fifth, got the win in his Halos debut after allowing two runs in four innings.

Raisel Iglesias gave up a one-out single to Semien and walked Jonah Heim before getting Nathaniel Lowe to ground out and retiring Adolis García on a long fly to center for his 16th save and first since June 29.

Semien hit a three-run shot to center off Silseth (1-4) in the fourth to give the Rangers a 5-3 lead. Viloria had a two-run drive to center on a sinker by Toussaint that stayed up in the strike zone to make it 7-4.

The Rangers took a 2-0 lead in the third on RBI singles by Lowe and García before the Angels went ahead in the home half. Gosselin was beaned on a sinker from Glenn Otto, and Andrew Velazquez had a bunt single before Ohtani drove Otto’s 88 mph changeup into the elevated bleachers in center field.

Silseth, recalled form Double-A Rocket City for his third stint with the Angels this season, allowed five runs and five hits with five strikeouts. All four of his walks were converted into runs by the Angels.

Otto went five innings and gave up four runs on four hits and struck out five. The rookie right-hander is 0-5 in his last seven starts and has not won since June 4.

Rangers: SS Corey Seager (lower right leg contusion) was out of the lineup for the second straight day. Manager Chris Woodward said Seager can’t put much weight on the leg. … OF Leody Taveras got the night off. He is 10 for 35 in the first nine games of Texas’ 11-game road trip.

The Angels also called up Toussaint from Triple-A Salt Lake after right-handers José Marte and Elvis Peguero were optioned to Salt Lake.

Rangers: RHP Dane Dunning (1-6, 4.38 ERA) is the only pitcher in the majors this season with at least seven quality starts and one or fewer wins.