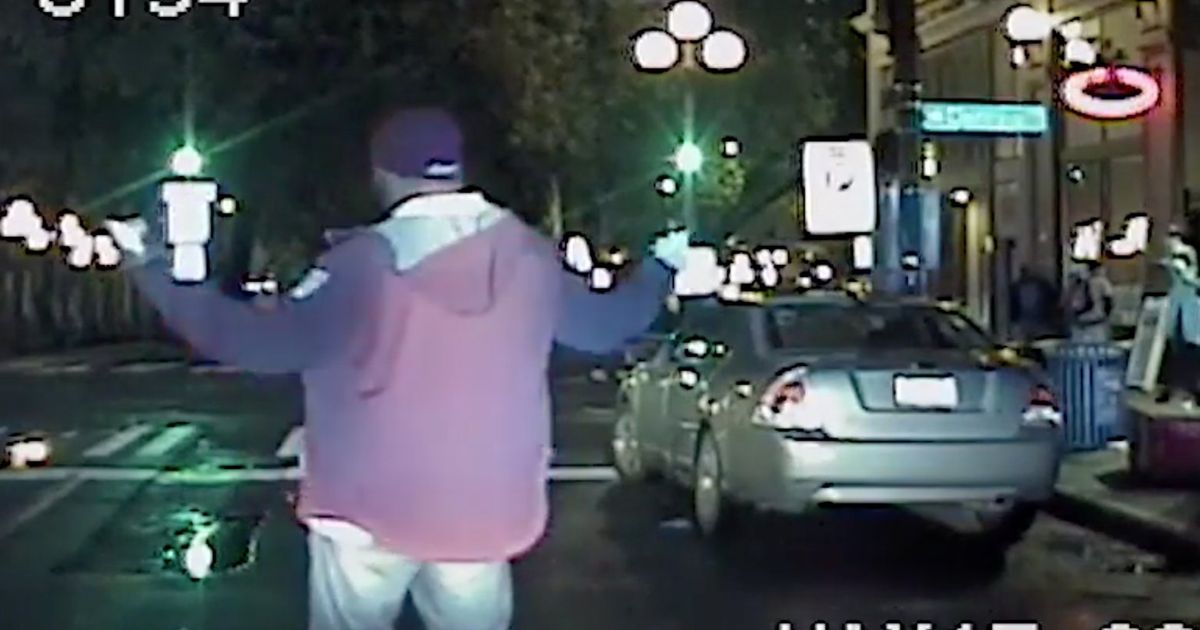 Anthony Sims was making an early-morning delivery to a downtown Seattle 7-Eleven on May 17, 2020, when he noticed a Seattle Police cruiser following him. As he parked and stepped out of his car, the cruiser’s emergency lights activated and an officer, weapon drawn, ordered him back into his car.

Within minutes, seven additional officers, guns out, surrounded Sims, who is Black. He was ordered to walk backward toward the officer who stopped him and told to lift his coat and spin around to show he wasn’t armed.

“It may be a misunderstanding,” said the officer who conducted the stop.

It was. Sims had done nothing wrong and was released within minutes of the encounter.

The incident exemplifies findings by the police department’s federal monitor earlier this year, and an independent study in 2021, showing Black people — and other people of color — are far likelier to find themselves at police gunpoint in Seattle than white people, even though Black people make up a fraction of the city’s population.

That discrepancy holds for the use of force by officers on the city’s residents, even though the data shows white people are more likely to be armed when confronted by officers. Sims had no weapon when he was stopped.

Sims has sued the police department over the stop, alleging the officer followed him for several blocks and detained him on a pretext because he’s Black.

“The only apparent reason [the officer] would have stopped Mr. Sims was his race,” the lawsuit alleges.

The federal monitor, appointed after the Department of Justice sued Seattle police in 2012 and the city entered into a consent decree, noted in a May assessment of the department’s progress on court-mandated reforms that officers’ use of force had “decreased significantly” over the past decade, including incidents where officers pointed their guns at people — considered a “Type I” use of force, the lowest category.

Despite the overall improvements, the court-appointed monitor said Seattle police’s data — which was unnecessarily incomplete — continues to show Black and Native American people “are disproportionately stopped, detained, and/or subjected to force by Seattle police,” including the use of deadly force.

While instances of pointing guns at Black people were down 66% between 2015 and 2021, the data showed they were still “most likely to be the subject of a firearm pointing despite being the subject of force less frequently than White subjects or subjects of unknown race.”

“Having a gun pointed at you is traumatic,” the monitor, Antonio Oftelie said. “Over time, these practices erode the trust of the community.”

Oftelie’s findings bolstered a July 2021 report from the Center for Policing Equity, which found that among subjects of police use of force, Black people “were overrepresented at a rate several times their 7% share of the city population.”

When it came to being held at gunpoint, 45% of the total instances involved Black people, the report found.

Sims, who delivers for an app-based service, said the incident that May morning two years ago left him deeply shaken.

“When Seattle police ordered me out of my car at gunpoint, I was terrified of being shot. I felt violated,” he said. “The police targeted me because I had the audacity to drive while Black in Seattle. I do not feel safe driving in the City knowing that this is how SPD operates.”

Sims’ attorney, Nathaniel Flack, said officers endangered his client’s life “without justification … as part of a well-documented pattern of unlawful stops and excessive force against people of color.”

The incident began when, according to Seattle police documents and an internal investigation by the Office of Police Accountability, acting Lt. Robert Brown spotted Sims traveling eastbound on Marion Street at 5:08 a.m. Brown noted in his report that Sims’ headlights were off, “despite it being dark.”

Brown ran the plate on his in-car computer and received a hit on a possible stolen vehicle out of Snohomish County. Brown radioed that he had a “possible rolling stolen” vehicle. While he was waiting for confirmation, according to the OPA report, the car pulled over outside the convenience story on 1st Avenue and Cherry Street and Sims got out of the vehicle.

That’s when Brown turned on his overhead lights, drew his weapon, got on the car’s public-address system and ordered Sims back into the vehicle, according to the reports. At the same time, several nearby officers responded and prepared to conduct what Seattle police refers to as a “high-risk vehicle stop.” Seven additional officers were on the scene within minutes, surrounding Sims’ vehicle. The officers all exited their cruisers with weapons drawn, some pointing their guns at Sims, others displayed theirs in the less-threatening “Sul” position — held close to the chest but pointed downward.

In his OPA interview, Brown said he could not tell the race of the driver when he first spotted the vehicle. The lawsuit notes Brown didn’t activate his emergency lights and initiate the high-risk stop until after Sims stepped out of the car.

With the other officers watching, Brown ordered Sims out of the car and told him to show his hands. Brown then ordered Sims to spin around with his coat raised to show he did not have a weapon and walk backward toward his voice.

According to the report and a review of dash- and body-worn camera video, a baffled Sims complied with the officer’s orders.

Even as he ordered Sims at gunpoint, Brown can be heard telling him “I have no doubt that’s your vehicle,” and “sometimes there’s a misunderstanding.”

According to the lawsuit, by that point Brown and the other officers had been told by dispatch that the plate was legal and the car registered to Sims. The OPA investigation determined Brown transposed the last two digits of the plate when he input the number into his cruiser’s computer.

Even so, according to the lawsuit, three of the officers approached Sims’ car with guns up and searched its interior and trunk “without any probable cause or justification.”

The officers, the lawsuit alleges, “could see that Mr. Sims was African-American and were motivated to use unnecessary force by conscious or unconscious bias.”

And while the OPA investigator and Brown’s report state it was “dark” when Brown spotted the car, the dash-camera video clearly shows the sky lightening with the pending sunrise.

None of the officers were disciplined. But OPA’s director at the time, Andrew Myerberg, wrote a “Management Action Recommendation” suggesting the department provide training and “guidance on the requirements and limitations of [high-risk vehicle stops], including when it is appropriate for officers to conduct felony-level stops” with firearms drawn.

Sgt. Patrick Michaud, an Seattle police spokesperson, said he could locate “no formal policy for a high-risk vehicle stop.”