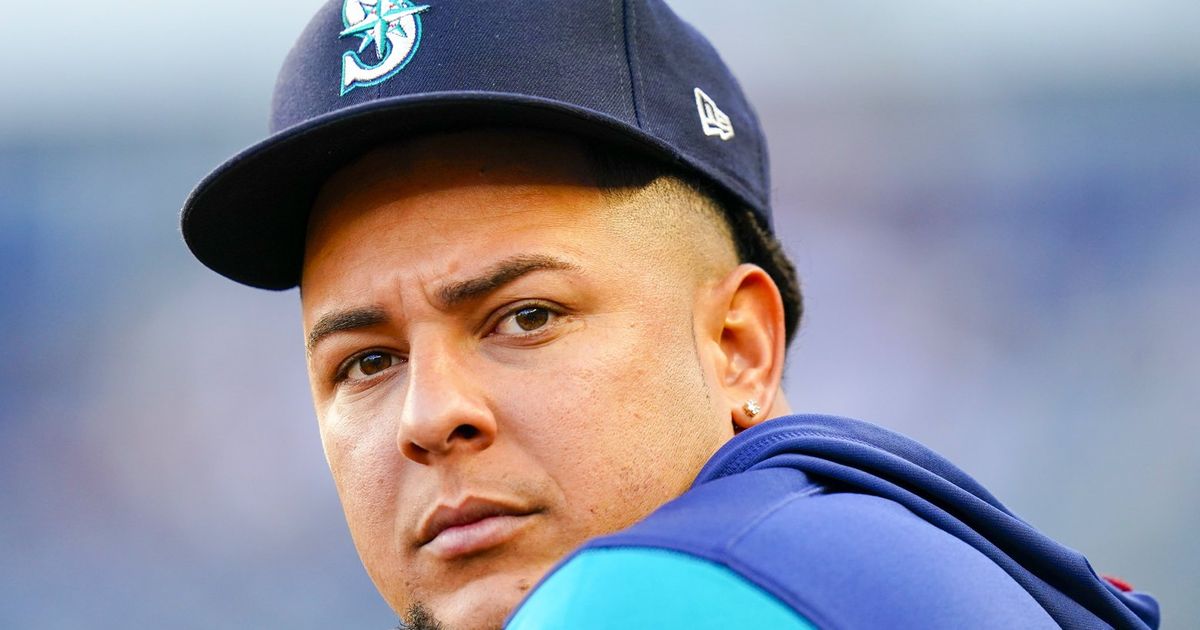 The Mariners are asking you, as they so often do, to believe in their plan, and base your dreams accordingly. How’s that worked out over the past, oh, two decades?

But the big difference this time is they are doing so from a valid position of present-day strength. As the trade deadline came and went Tuesday with the Mariners doing nothing more than tinkering at the margins, they nevertheless went to bed the same way they woke up: In possession of a long-elusive playoff berth.

And so we’ll find out soon enough — two calendar months, 57 more games — whether they did enough. All the league-wide furor on Tuesday was focused on what GM Jerry Dipoto termed “the biggest trade I’ve ever seen” — Washington’s 23-year-old superstar Juan Soto going to San Diego, along with former All-Star Josh Bell, for what The Athletic’s Keith Law called “the biggest prospect haul in a single trade in my lifetime”; it was easy to forget that Dipoto made the second-biggest trade of the deadline period. He acquired the best pitcher on the market, Cincinnati’s Luis Castillo, for four glittering prospects of their own, a major “win-now” commitment by the Mariners — but did so last Friday. In the fast-moving blur of deadline day, that seemed like an ion ago.

While their relative inactivity on Tuesday was striking given the fact that the Mariners entered the day as the American League’s worst offensive team over the past 15 days — and 29th out of 30 teams in the majors — Dipoto pointed to the reinforcements coming within the organization. Ty France is due back by the weekend. Julio Rodriguez is expected to be ready when his 10-day DL stint ends next week, as is Dylan Moore. Mitch Haniger is on a rehab stint and his return is expected “very soon,” Dipoto said. Taylor Trammell’s potential availability is nearing as well.

It’s understandable to look at the depleted lineup the Mariners have been throwing out in recent days and see numerous opportunities for enhancement. Because there indeed are, the likes of Chicago’s Ian Happ. But Dipoto pointed out that there is a roster crunch brewing as well when they are back at full strength.

“The biggest thing that sometimes gets lost or glossed over when you think about all the magical things that you can do during a trade deadline is you only get 26 roster spots,’’ Dipoto said. “And these players have to fit and coexist on a roster.”

So after landing Castillo for the top of the rotation last week (to be unveiled Wednesday against the Yankees), the Mariners on Tuesday acquired, at minimal cost in prospects and/or cash (please hold your applause until the end), a backup catcher (Curt Casali); a long-man out of the bullpen (Matt Boyd); and a platoon bat (Jake Lamb).

The first two are on the injured list, so their actual arrival on the big-league roster is indeterminate. The latter two both hail from Seattle-area high schools, causing Dipoto to quip, “We made it a priority today to acquire all the lifelong fans of the Mariners to try to be with us as we attempt to break the 20-year playoff drought.”

In that pursuit, Dipoto said the Mariners helped themselves on Tuesday in “sneaky” ways. That’s not nearly as sexy as doing so in unambiguous, splashy fashion, which on deadline day fell to other ballclubs. Certainly, there was a clamor for the Mariners to add an impact bat to address their offensive woes. Much of the focus was appropriately on Soto, but Dipoto said the cost was simply too high.

“We didn’t get too far down the road,’’ he said. “The way it went with us is, we check in with everybody on everything and make sure that we’ve turned over all those stones. And we did that with the Nats on Soto, and pretty early on we understood that the asking price was just going to be too much for us to bear. So we moved on and focused on other things.”

When I wrote a column recently advocating that the Mariners go hard after Soto, I said there was a point where the price tag might be prohibitive; it was either that, or the Nationals simply preferred the prospect package they got from the Padres. Either way, it was smart for Dipoto to pivot and land the highly coveted Castillo before anyone else did. If the Mariners do indeed get to the postseason, they are well set up for a short series with Castillo, Logan Gilbert and Robbie Ray (presuming that his last two outings against Houston are an aberration after six solid weeks of brilliance).

They’ll be highly reliant on players like Jesse Winker, Carlos Santana, Kyle Lewis and Eugenio Suarez coming out of recent funks, and the returning players, especially Haniger, providing a significant impact. That’s a big ask, though the lineup will look immensely better once Rodriguez and France return. This doesn’t resemble a playoff team without them.

They didn’t do any magical things on Tuesday. Now we’ll find out if they did enough.


Larry Stone:
lstone@seattletimes.com; on Twitter: @StoneLarry. Larry Stone calls upon more than 30 years as a sportswriter to offer insight, wisdom, opinion, analysis – and hopefully some humor – regarding the wide world of sports. Topics include the thrill of victory, the agony of defeat, and, especially, the people responsible for either outcome, as well as the wide chasm between.