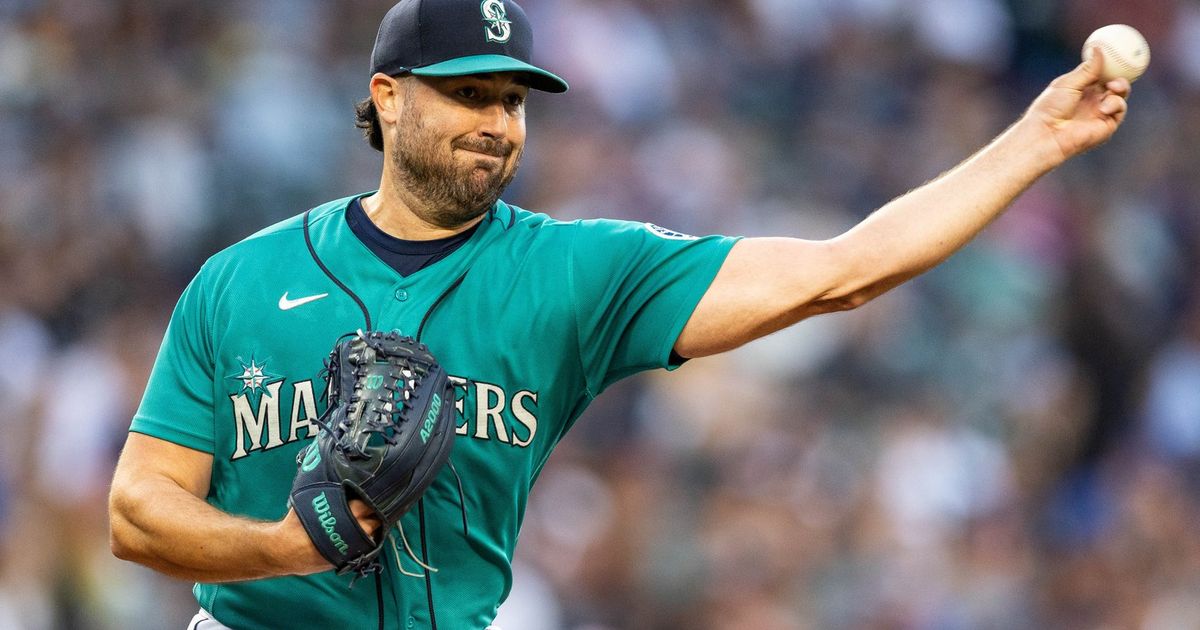 Their failures to hit with runners in scoring position for most of the night was halted long enough to give the fans at packed T-Mobile Park a reason to cheer after not having many reasons to do so for the first eight innings.

Inexplicably tied at 3-3 after nine innings, the Angels executed with perfection in the top of the 10th. With automatic runner Magnerius Sierra on second base and Paul Sewald on the mound for the Mariners, Andrew Velazquez bunted him to third and Taylor Ward hit a flyball deep enough to score the run.

The Mariners couldn’t do the same.

Eugenio Suarez started the inning on second base and never left it as Carlos Santana hit a soft ground ball back to the pitcher and J.P. Crawford and Cal Raleigh hit weak pop flies for outs.

It was a familiar theme for the Mariners, who waited until the ninth inning to get a hit with runners in scoring position and score a run.

Down 3-0 and having looked inept at the plate most of the night, the Mariners seemed destined to be shut out for the first time since, well, the infamous brawl in Anaheim.

But with the Angels having traded closer Raisel Iglesias to the Braves at the deadline, they rolled out well-traveled veteran Jesse Chavez to pitch the ninth.

Jesse Winker worked a one-out walk and pinch-hitter Jake Lamb singled in his first at-bat as a Mariner to put runners on first and second.

After pinch-hitter Jarred Kelenic popped out in foul territory, Adam Frazier gave the Mariners hope with a double into the right field corner to score Winker.

It brought Ty France to the plate with runners on second and third.

Making his first start since last Saturday when a sore left wrist forced him out of the lineup for the last game vs. the Astros and all three games vs. the Yankees, France looked understandably out of rhythm at the plate. His first three at-bats produced ground balls and the third one was an inning-double play that left him spiking his helmet in disgust.

But he came through, singling up the middle to score both runs and bring the crowd of 42,659 to a roaring standing ovation.

It was the last time they had something to stand and cheer about on the night.

After struggling in his previous two outings, both against the Astros, Robbie Ray returned to his old form, carving up an Angels lineup that is missing Mike Trout, the notorious Mariners torturer.

That one run allowed, which came in the first inning, seemed somewhat avoidable. With two outs, Luis Rengifo hit a ball into left field that appeared it would be a single. But Jesse Winker took a circuitous route to gloving it and Rengifo recognized it, hustling to second for a double.

That extra base proved costly when Jo Adell managed to muscle a broken bat blooper into left field that allowed Rengifo to score.

The Angels might have made it 2-0 with two outs in the second inning on another ball into the left field corner. Winker sprinted over to corral the ball off the bat of Magnerius Sierra, once a ballyhooed prospect for the Cardinals, but stumbled awkwardly near the foul line.

Sierra saw Winker’s belly flop for the ball and kept on running, not settling for a triple and looking for his first career big league home run.

But Winker was able to recover enough to get the ball to J.P. Crawford, who got rid of the ball quickly with a strong throw home.

The ball rocketed past Sierra, but was offline. Cal Raleigh did an outstanding job of catching the ball off one hop and making the tag at the plate to end the inning.

Ray wouldn’t allow another to reach scoring position over the next five innings.

But as fans might well remember, Felix Hernandez was a frequent victim of such anemic run support. Over his brilliant career with the Mariners, Hernandez had 39 starts of 7-plus innings pitched with one run or fewer allowed where he didn’t get a win. That included 34 no decisions and five losses, four by the score of 1-0.

The Angels lead ballooned to 3-0 in the top of the ninth. Lefty Ryan Borucki started the inning off by hitting Mickey Moniak with a 2-2 fastball and then served up two-run homer to Max Stassi that made it 3-0.