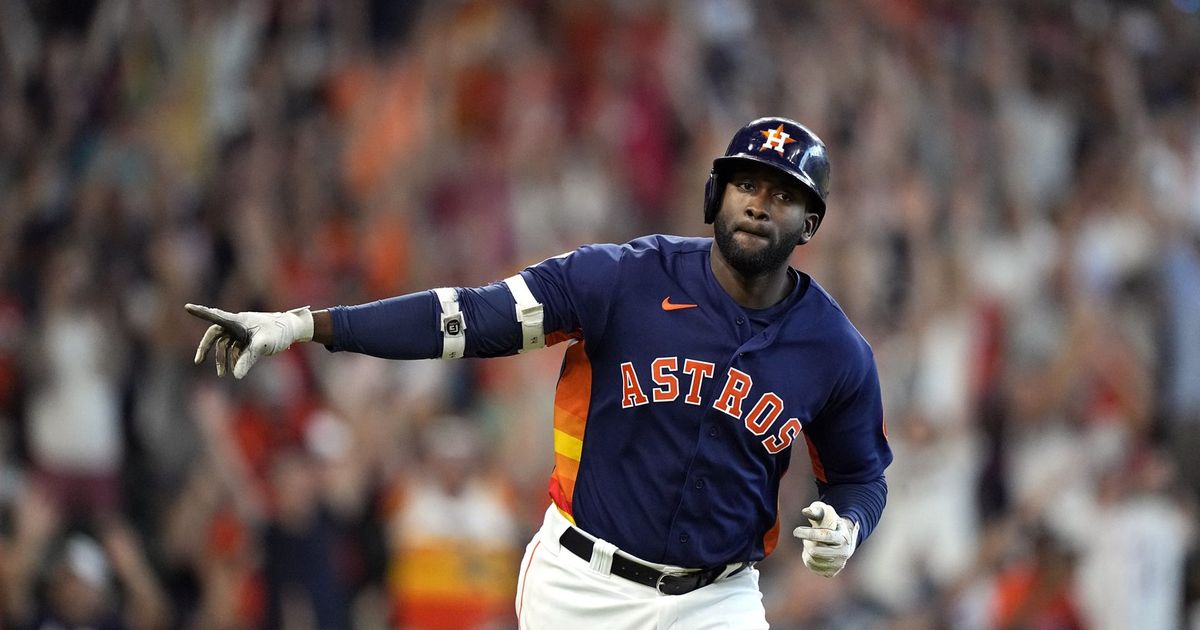 HOUSTON — With their two best hitters out of the lineup because of injury, a rookie starting pitcher operating under a shortened pitch limit and a bullpen overworked over a brutal four-game series at Minute Maid Park, the Mariners had a chance to end the season series with their American League West nemesis with a victory.

But when they couldn’t push a run across in the top of the 10th inning, defeat seemed likely. It came when Yordan Alvarez singled through the left side of the infield to score Mauricio Dubon and give Houston a 4-3 victory.

After being stymied by Houston starter Jake Odorizzi for the first seven innings, the Mariners finally broke through against the Astros dominant bullpen.

Having struggled to catch up on fastballs up in the zone, Winker went to the plate looking for a fastball on the first pitch. He got a 96-mph heater in the middle of the plate and hammered it into the seats in deep right field.

It was his 10th homer of the season and first since July 11.

Odorizzi held the Mariners scoreless for seven innings, allowing just a pair of singles to Frazier with two walks and eight strikeouts.

Working on a pitch limit of around 80 pitches, rookie starter George Kirby gave the Mariners four innings, allowing two runs on three hits with a walk and seven strikeouts.

All of the damage came in a first inning where Kirby struggled to establish his command. His first pitch of the game a 96-mph fastball rode up and in on Jose Altuve, striking him in the shoulder. His second pitch of the game, another fastball, did the same thing to Yuli Gurriel, who was able to get out of the way.

The Astros took advantage as Gurriel singled to put runners on first and third. Kirby came back to strike out Yordan Alvarez and Alex Bregman, but couldn’t get out of the inning unscathed.

The Astros executed a perfect double steal with Gurriel taking off for second and Altuve breaking for home the moment Cal Raleigh fired to second.

By the time Kirby finished the first inning, he’d thrown 31 pitches. But he was able to establish some command of his pitches in the second inning. He allowed just one base runner over the next three innings.