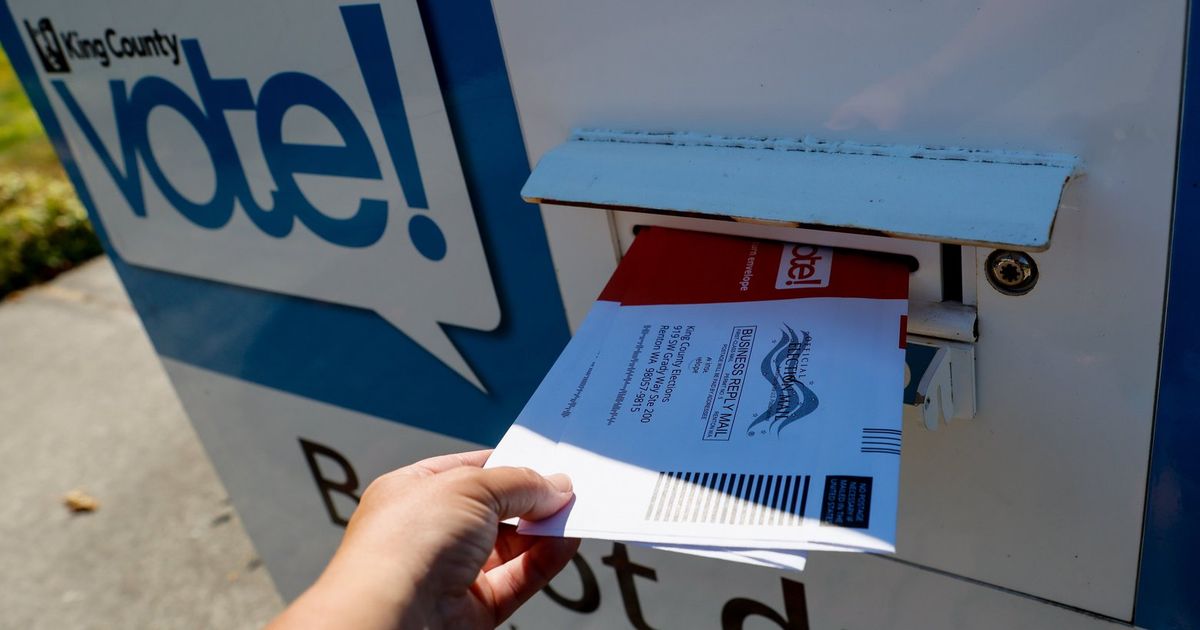 Washington’s 2022 midterm election kicks off with a primary Tuesday, with races for state lawmakers and members of the U.S. House and Senate.

U.S. Rep. Kim Schrier, D-Sammamish, is seeking a third term in the swing 8th Congressional District. Several Republicans filed to compete in the primary for the chance to face Schrier this fall.

The top two finishers in each race will advance to the general election in November.

Ballots must be postmarked by Tuesday, put in a drop box or returned in person to your county elections department by 8 p.m. Be sure to sign the ballot envelope.

For more information on your ballot, in any county, go to: myvote.wa.gov

Tuesday’s ballot counts will be released soon after 8 p.m. Vote counting will continue for days.

Throughout Tuesday, on this page, we’ll be updating readers on voting and elections in Seattle, Washington state and across the U.S.

Vote counting begins Tuesday in Washington’s primary, narrowing the field in more than 500 congressional, legislative and local races across the state to the top two candidates, who will move on to the Nov. 8 general election.

Here are six things to watch for.

King County turnout is lagging behind previous elections, according to early ballot statistics.

King County Elections had forecast a turnout of about 45% for the primary, but is not on pace to hit that number, Halei Watkins, a spokesperson, said.

“We are expecting to see busy drop boxes all the way until 8 p.m.,” Watkins said, and they are prepared to collect over 200,000 ballots from drop boxes on Tuesday.