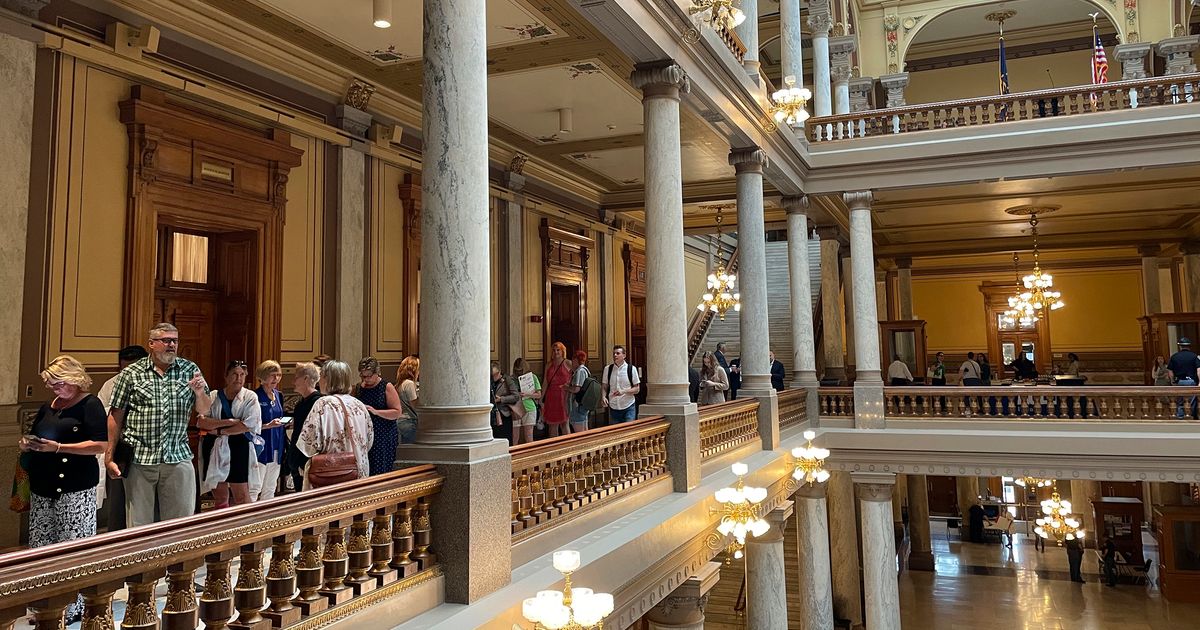 INDIANAPOLIS (AP) — The Indiana House proposed new changes Tuesday to a state Senate-approved abortion ban, with additional exceptions to protect the health of the mother and adjusting the time frame when abortion would be permitted in cases of rape and incest.

Republican Rep. Wendy McNamara, of Evansville, who sponsors the House version of the Senate bill, introduced the exception that would allow abortions to protect both the physical health and life of the mother, a frequent request among doctors and others testifying in front of the Senate last week. The amendment also would allow abortions if a fetus is diagnosed with a lethal anomaly.

It also removes the Senate-approved time frames based on age for abortions in cases of rape or incest. In the Senate version, abortions for those under 16 would be allowed up to 12 weeks, while those 16 and older would have eight weeks.

The House amendment instead creates a blanket 10-week ban on abortions in cases of rape and incest, and victims would also no longer be required to sign a notarized affidavit attesting to an attack.

The attorney general’s office would also lose its Senate-approved prosecutorial power in place of local prosecutors who say they will not enforce the ban. There are no new enforcement provisions against doctors proposed by the House, using current Indiana law that says doctors can face felony criminal charges if they perform an illegal abortion. Abortion clinics would also lose their licensure in the proposed amendment.

“We want to make sure that this amendment reflects an understanding that this is the most difficult and contentious issue of our lifetime,” McNamara said at a House committee session Tuesday, when members will first hear testimony on the House version of the bill.

The amendment comes after an argumentative time among Senators, who just barely approved the Senate bill 26-20 after its members splintered Thursday over the addition of rape and incest exceptions.

Like during last week’s Senate sessions, yells from abortion-rights activists, as well as cheers like “Safe and legal,” penetrated the House chamber from the hallway outside during testimony.

All sides of the abortion debate opposed the Senate bill approved Saturday. Anti-abortion activists argued it was too lax and objected to the rape and incest exceptions, while abortion-rights activists said the bill goes too far.

“We are going to be discussing a very sensitive subjects and one that is very, very person to everybody that is sitting here,” McNamara said. “What I am asking from you to go about today making sure they are respected.”

Arleigh Rodgers is a corps member for the Associated Press/Report for America Statehouse News Initiative. Report for America is a nonprofit national service program that places journalists in local newsrooms to report on undercovered issues. Follow her on Twitter at https://twitter.com/arleighrodgers

Find AP’s full coverage of the overturning of Roe v. Wade at: