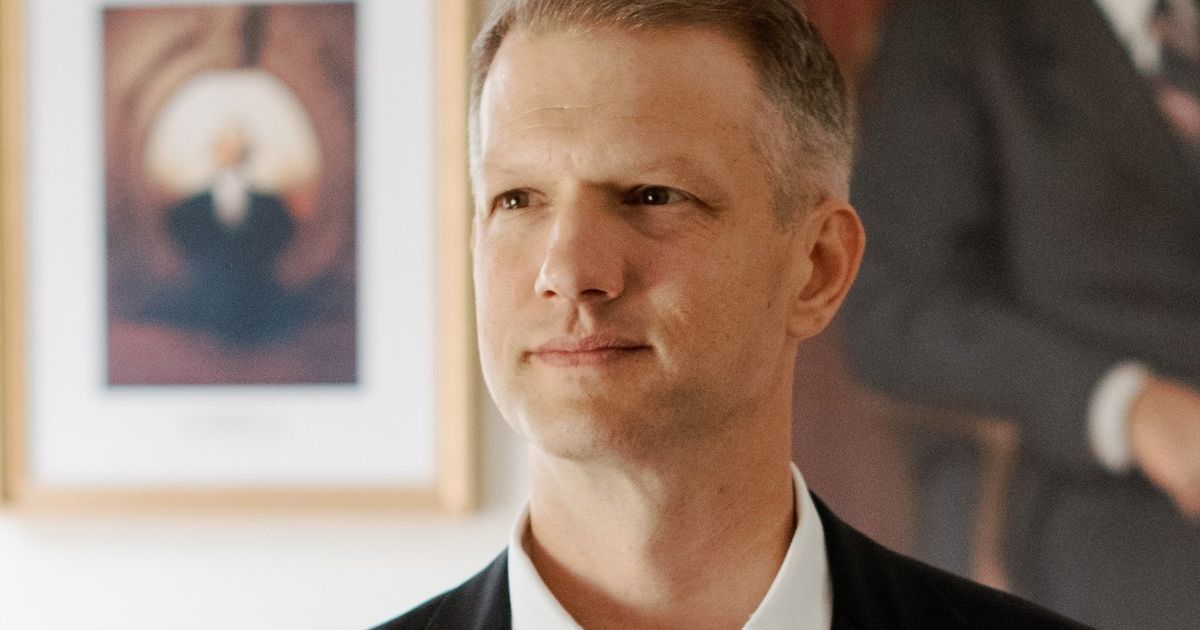 Nearly two dozen Republican state treasurers around the country are working to thwart climate action on state and federal levels, fighting regulations that would make clear the economic risks posed by a warming world, lobbying against climate-minded nominees to key federal posts and using the tax dollars they control to punish companies that want to reduce greenhouse gas emissions.

Over the past year, treasurers in nearly half the United States have been coordinating tactics and talking points, meeting in private and cheering one another in public as part of a well-funded campaign to protect the fossil fuel companies that bolster their local economies.

Last week, Riley Moore, treasurer of West Virginia, announced that several major banks — including Goldman Sachs, JPMorgan and Wells Fargo — would be barred from government contracts with his state because they are reducing their investments in coal, the dirtiest fossil fuel.

Moore and the treasurers of Louisiana and Arkansas have pulled more than $700 million out of BlackRock, the world’s largest investment manager, over objections that the firm is too focused on environmental issues. At the same time, the treasurers of Utah and Idaho are pressuring the private sector to drop climate action and other causes they label as “woke.”

And treasurers from Pennsylvania, Arizona and Oklahoma joined a larger campaign to thwart the nominations of federal regulators who wanted to require that banks, funds and companies disclose the financial risks posed by a warming planet.

At the nexus of these efforts is the State Financial Officers Foundation, a little-known nonprofit organization based in Shawnee, Kansas, that once focused on cybersecurity, borrowing costs and managing debt loads, among other routine issues.

Then President Joe Biden took office, promising to speed the country’s transition away from oil, gas and coal, the burning of which is dangerously heating the planet.

The foundation began pushing Republican state treasurers, who are mostly elected officials and who are responsible for managing their state’s finances, to use their power to promote oil and gas interests and to stymie Biden’s climate agenda, records show.

The New York Times reviewed thousands of pages of internal emails and documents obtained through public records requests by Documented, a watchdog group, that shed light on the treasurers’ efforts since January 2021.

At conferences, on weekly calls and with a steady stream of emails, the foundation hosted representatives from the oil industry and funneled research and talking points from conservative groups to the state treasurers, who have channeled the private groups’ goals into public policy.

The Heritage Foundation, the Heartland Institute and the American Petroleum Institute are among the conservative groups with ties to the fossil fuel industry that have been working with the State Financial Officers Foundation and the treasurers to shape their national strategy.

In November, as major banks and corporations at a global summit in Glasgow, Scotland, were promising to take climate action, the Republican state treasurers were huddling at a State Financial Officers Foundation conference in Orlando, Florida, talking about ways to stop them.

At the meeting, the group’s CEO, Derek Kreifels, made a presentation about a new law that had been signed by Gov. Greg Abbott of Texas, a Republican. It prohibited state agencies from investing in businesses that have cut ties with fossil fuel companies.

Within weeks, Moore was working with legislators in West Virginia to write a similar bill, which became law in March. While Texas officials have been slow to enforce their law, Moore was quick to put it into action.

Last week, he notified five major financial institutions — Goldman Sachs, BlackRock, Wells Fargo, JPMorgan and Morgan Stanley — that they are barred from doing business with West Virginia because they have intentionally wound down their dealings with coal companies.

Moore offered a classic denial of the overwhelming scientific consensus that the continued burning of oil, gas and coal will lead to planetary catastrophe.

“The climate has been changing in the world since Earth was created,” Moore said. “Whether these greenhouse gas emissions are contributing to the warming of the globe, I’m not sure I necessarily agree with that.”

The banks targeted by Moore say they are not boycotting the fossil fuel industry. All of them still do substantial business with oil and gas companies, but in the long run, they say, moving away from fossil fuels makes economic sense. West Virginia, for example, is the second-largest coal-producing state in the country, but production has declined significantly during the past two decades.

Kentucky, Tennessee and Oklahoma have passed similar laws this year. Republican lawmakers in more than a dozen other states, including New York, Oregon and Virginia, are trying to advance similar legislation.

The laws could cost taxpayers. A recent study found that Texas cities — where some financial institutions have voluntarily left the market because of laws targeting companies that embrace environmental, social and governance priorities, collectively known as ESG — are likely to incur up to $532 million in higher interest costs in less than a year because of the legislation.

The treasurers are increasingly going after individual financial institutions.

In addition to the banks targeted by Moore, the treasurers of Utah and Idaho are criticizing plans by S&P Global, the ratings agency, to integrate climate risk into its credit ratings of states. And BlackRock, which manages some $8.5 trillion, has been the target of withering attacks for its stance on environmental issues.

Larry Fink, BlackRock‘s CEO, has been outspoken in his desire to steer away from fossil fuels and toward what he considers a more sustainable, greener economy.

Other treasurers followed suit. In March, the Arkansas treasurer, Dennis Milligan, pulled $125 million from BlackRock. And in April, the treasurer of Louisiana, John Schroder, emailed Moore and Marlo Oaks, the Utah treasurer, and boasted about withdrawing more than $600 million from BlackRock accounts. Schroder said he had also blocked Citibank, Bank of America and JPMorgan from almost $1 billion in bond financing.

Milligan, the Arkansas treasurer, emailed a statement in which he said: “I feel a strong sense of responsibility to do my part in not allowing the liberal ‘woke’ agenda to disadvantage the very people I was elected to serve.” Schroder and Oaks declined requests for interviews.

Behind the treasurers and the State Financial Officers Foundation is a complex web of conservative groups linked to the fossil fuel industry, as well as some of the biggest names on Wall Street.

In March, Julie Ellsworth, the Idaho treasurer, asked Kreifels to distribute a memo about the fossil fuel boycott bills to other state treasurers, according to the emails.

The memo had been prepared using research from the Heartland Institute, a think tank with a history of denying climate science, and it misrepresented how banks and other financial institutions were implementing their ESG strategies.

“If you’re a small-business owner with a gasoline powered car, you’re eventually going to be phased out of banks’ portfolios, unless you switch to electric vehicles, of course,” the memo said in a section about how banks would use ESG to force businesses to change. “Similarly, if you want to buy a house in the future that runs on natural gas, you, too, won’t be able to get a mortgage until you put solar panels on the roof.”

No banks have proposed such measures. Ellsworth declined to comment.

The Heartland Institute has also worked to amplify the treasurers’ message and connect them with influential conservative media personalities, including Glenn Beck, records show.

Other groups supporting the treasurers’ efforts include the Heritage Foundation, a think tank that has long opposed action to combat climate change and that has received substantial funding from oil billionaires Charles G. Koch and David H. Koch (David Koch died in 2019).

The State Financial Officers Foundation this year hired CRC Advisors, a conservative strategy firm that was founded by Leonard Leo, who has led a multiyear effort to stack federal courts with judges who oppose climate action. In recent months, CRC Advisors has helped coordinate media responses for treasurers.

And the State Financial Officers Foundation shares many ties with the American Legislative Exchange Council, a conservative group with long-standing ties to the Koch brothers.

As a nonprofit organization, the State Financial Officers Foundation is not legally required to disclose its funders.

Treasurers are also publicly lobbying against a bevy of the Biden administration’s proposed rules and nominees.

Among their first targets was Saule Omarova, Biden’s nominee for comptroller of the currency. Omarova was heavily criticized by Republican senators, some moderate Democrats and the banking industry for her desire to limit speculative trading by banks and to open the Federal Reserve to retail banking.

Two months later, the treasurers focused on another nominee: Sarah Bloom Raskin, whom Biden had nominated to be the Federal Reserve’s head of bank oversight. Raskin, a former Federal Reserve and Treasury official, has argued that financial regulators should police climate risks more diligently.

Raskin withdrew her nomination as well.

The treasurers have also set their sights on new federal rules and regulations intended to strengthen the government’s ability to act on climate change.

Oaks, the Utah treasurer, drafted a letter opposing a potential Department of Labor rule that would allow retirement plans to consider risks from global warming in their investment strategy. More than a dozen treasurers signed the final letter. The Department of Labor has not decided whether to implement the rule.