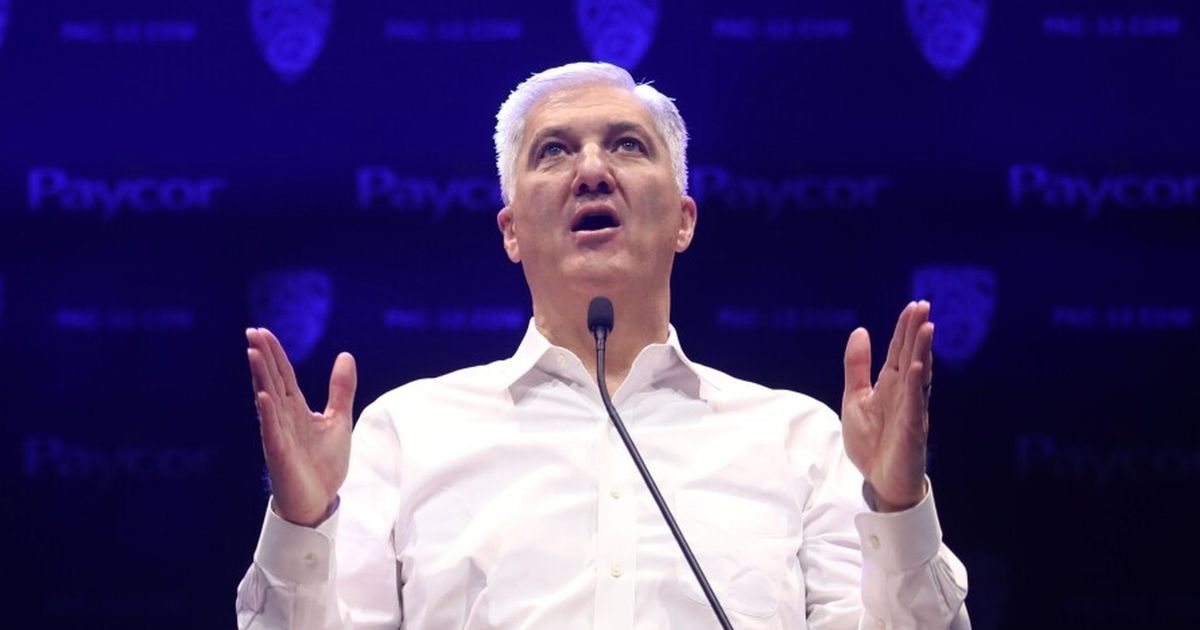 LOS ANGELES — The Pac-12’s monthlong fight for survival could seep into the football season, and perhaps deep into the season, as the forces of realignment ripple across the college landscape.

Survival, extinction, expansion, partnerships — everything hinges on the outcome of media rights negotiations in the Pac-12 and the Big Ten.

“To set expectations,” he said, “this process will accelerate after the Big Ten deals are concluded and will likely take months to complete.”

There are two reasons for the extended timeline.

— The Pac-12 is three weeks into an exclusive negotiating window with current partners ESPN and Fox that began in early July and is contracted for 30 days.

But both networks are also immersed in negotiations with the Big Ten that were extended by the June 30 additions of USC and UCLA and are now expected to conclude in August.

If inclined, the Pac-12 could agree to extend the exclusive 30-day window for ESPN and Fox beyond the contractual endpoint in early August — a good-faith offer that would allow the networks to wrap up the Big Ten deal before focusing on the Pac-12.

The delay could push the timeline for the Pac-12’s exclusive window into September.

— But even then, the conference would only accept a stellar offer from Fox or ESPN. Otherwise, Kliavkoff will take the inventory to the open market and allow other networks the opportunity to bid on Pac-12 rights.

“We already have significant interest from potential partners, including both incumbents and new traditional television and, most importantly, digital media partners,” he said.

The results of the Big Ten’s negotiations could impact the demand for Pac-12 content among networks that receive less than their desired slice of the former.

For instance, if ESPN obtains a limited amount of Big Ten football, its interest in the Pac-12 could increase.

(The reverse is also true — and would be a bad sign for the conference.)

If genuine interest in the Pac-12’s media rights exists beyond the two traditional partners, the open-market negotiations could last several months.

Kliavkoff struck an optimistic tone Friday in his first public comments since the USC and UCLA news.

“With the value of premium college sports rights continuing to rise, multiple interested media partners and limited opportunities, particularly in the west,” he said, “we are confident in the long-term value of our rights.”

And there’s one more layer to consider: The conference is exploring expansion.

If it identifies schools that fit competitively and institutionally — and if their media valuation clears the desired threshold — the conference could add at least two members and perhaps four.

That might extend the entire process well into the fall.


Jon Wilner:
jwilner@bayareanewsgroup.com; on Twitter: @wilnerhotline. Jon Wilner has been covering college sports for decades and is an AP top-25 football and basketball voter as well as a Heisman Trophy voter. He was named Beat Writer of the Year in 2013 by the Football Writers Association of America for his coverage of the Pac-12, won first place for feature writing in 2016 in the Associated Press Sports Editors writing contest and is a five-time APSE honoree.