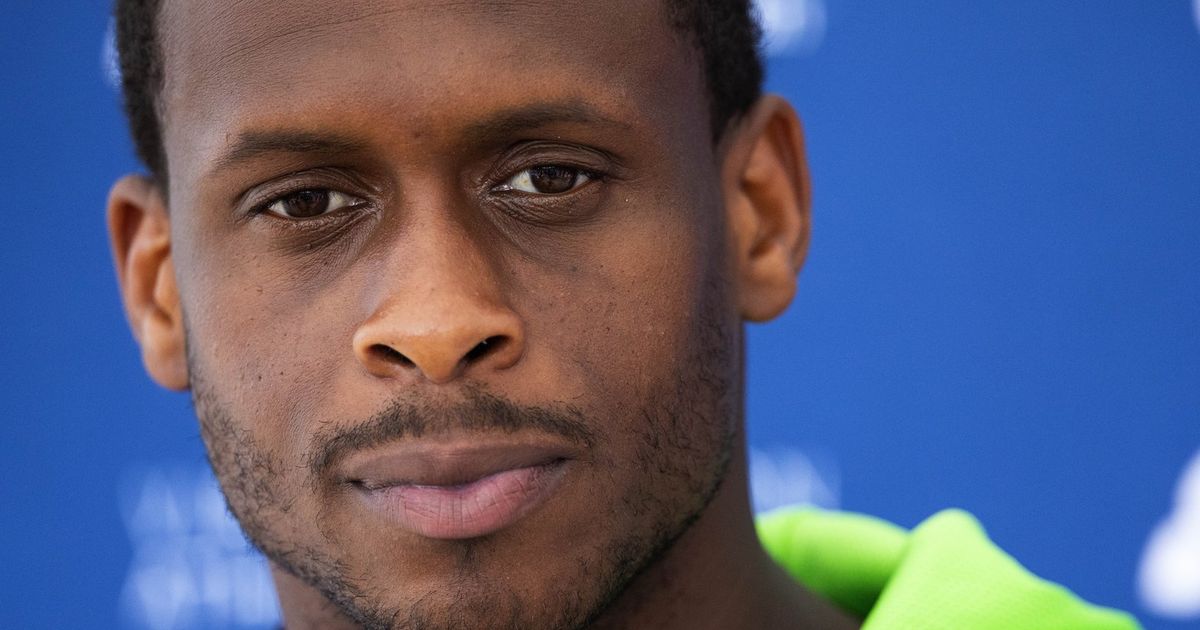 RENTON — Through the first seven practices of Seahawks training camp, nothing has changed with Seattle’s depth chart at quarterback.

“Geno (Smith) continues to be on top,” coach Pete Carroll said after Friday’s practice. “He’s ahead. He’s been in the lead for all of the obvious reasons and he’s holding on to it and doing a really good job of battling.”

The most obvious of those reasons is Smith’s four years of experience with the Seahawks and second in the system of offensive coordinator Shane Waldron while Lock was acquired in the Russell Wilson trade in March and has been regarded all along as still in catch-up mode in learning the playbook.

But Carroll also noted that it remains early in the evaluation process.

“We need reps, we need turns to see more situations to really find any reason to see a difference between the guys,” Carroll said. “There’s just not enough stuff yet.”

That will begin to change on Saturday when the Seahawks hold their annual mock game at Lumen Field at 2:30 p.m., which serves as something of a fourth preseason game.

The mock game helps send camp into a different mode, with the Seahawks then playing their first preseason game at Pittsburgh a week from Saturday and their first home preseason game on Aug. 18 against Chicago — three gamelike situations for Seattle in the span of 13 days.

“We let the games begin and see what happens,” Carroll said. “This is a really big day (Saturday).”

Smith has not only been in the lead, but he also has taken almost all of the reps in practice with the first-team offensive line, with Lock working almost exclusively with the second.

That changed a bit during Friday’s non-padded practice during an opening team session of about 20 plays when the two traded off working with the first and second offensive lines.

After that session, however, Smith went back to working with the ones and Lock with the twos.

Carroll hinted that could change soon.

“We’re working hard to match up the reps with the guys that play up in front and the receivers and stuff,” Carroll said. “We’re working to get that done and that’ll happen and you’ll see how it happens again tomorrow, how the reps are handed out, just so that we can make it a really even competition.”

Carroll said that for now, Smith’s biggest advantage is in “doing things right. He handles the system, he’s making the checks at the line of scrimmage, he’s able to control the protections in working with (center) Austin (Blythe). Those guys are hitting it really well. And he’s just really talented. He’s made great throws every day.”

As for Lock, eliminating — or severely limiting — turnover-worthy plays remains his other biggest point of emphasis along with mastering the system. As did Waldron earlier this week, Carroll cited a play that ended the first practice last Wednesday when Lock rolled to his right, then as he was being rushed threw wildly to the other side of the field — a pass that could easily have resulted in a pick-six.

“I’m really glad that play happened in the first practice, because that was as bad a play as you could make,” Carroll said. “It was so obvious it was like ‘OK, that’s the example of what we’re never going to do again.’”

Carroll said Lock “hasn’t made one like that since.”

But if Smith is in the lead, Carroll made clear there’s still every chance for Lock to win the job, saying “I’m watching to see how it swings, if it goes heavy one way or heavy the other way.”

Each, he said, has had “openings” to have “the complete day, getting everything done and finishing the day close to perfect” but that neither has yet done so.

“I’m still looking for them to really command it and really own it,” Carroll said.

Maybe for one or the other that will start to happen Saturday.

Friday’s practice was Carroll’s first since he tested positive for COVID-19 last Sunday. The NFL mandates that anyone testing positive has to isolate for five days.

Carroll wore a mask throughout practice Friday and said he was “feeling great. Never did feel really bad. Just had a couple little symptoms that tipped it off and away we went.”

Carroll said he was able to watch the three practices he missed live via a video feed from up on the berm and said that in some ways, he almost saw things better.

“That’s why Bear (Bryant) used to sit up there in the tower,” Carroll said. “He knew what he was doing. … We really worked it out very well.”

Carroll said he had missed just one practice previously in his career when his father died during his days at USC.

Carroll praised the job associate head coach Carl Smith did running the team but was glad to be back, saying Friday, “It was a blast to be with the guys today. I feel like it’s been a month.”

Rookie Abraham Lucas, a third-round pick out of Washington State, worked with the first team offense throughout practice Friday, the first time he has done so, previously working exclusively with the second unit while Jake Curhan and Stone Forsythe traded off days with the starters.

Carroll said all three remain in contention and that the bigger picture is that he feels confident that whoever wins the job will do it well during the season.

“It’s a good competition,” he said. “We’re going to be OK at right tackle. I don’t think we have any concerns about that.”