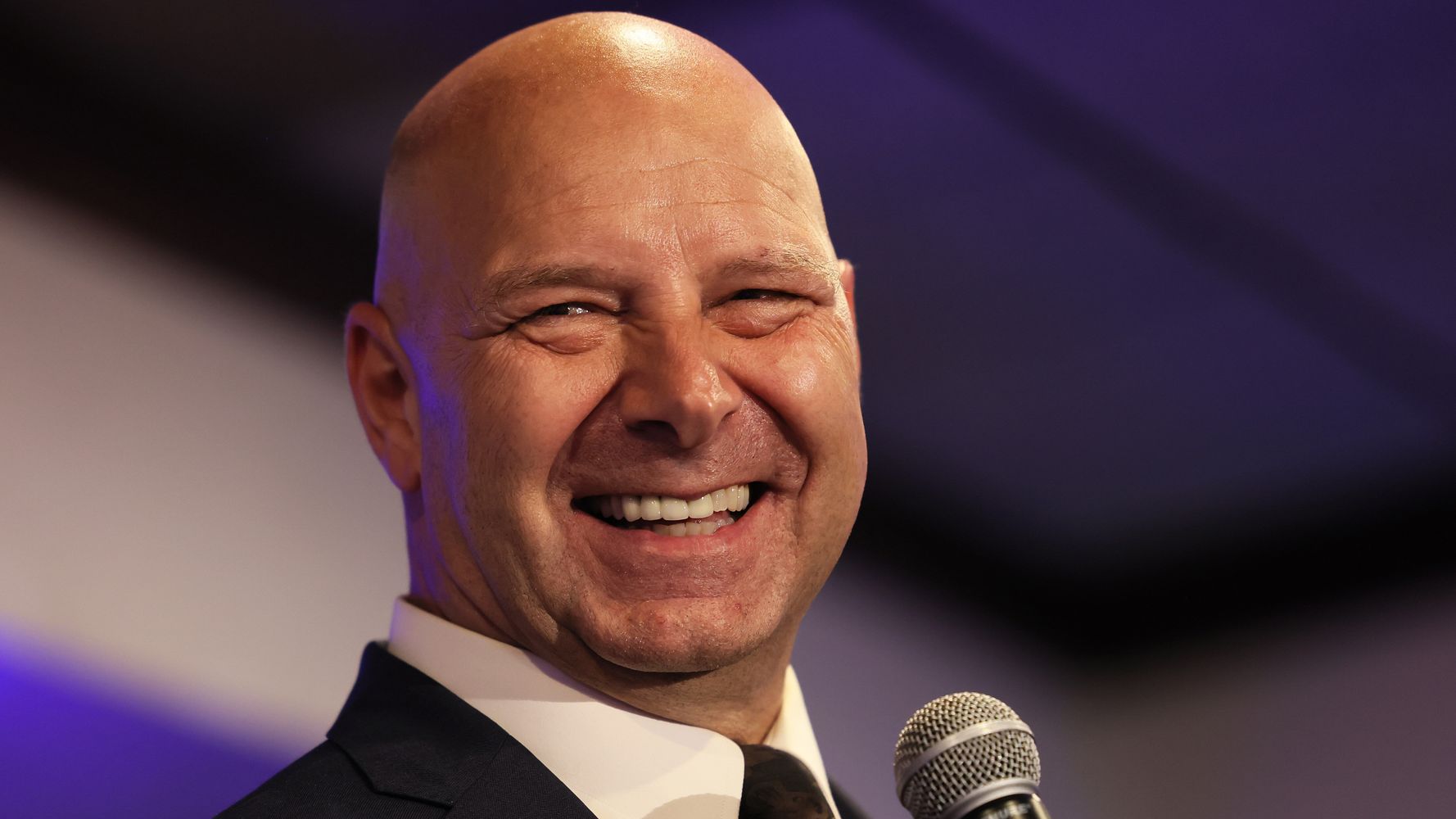 Doug Mastriano has a secret. The Republican nominee for Pennsylvania governor says he’s chosen someone to serve as the commonwealth’s next secretary of state — a position that will hold enormous power over the 2024 presidential election. But he won’t tell voters who it is.

In normal circumstances, that reticence to name a key appointment so early in a gubernatorial contest would hardly be notable. But secretary of state positions have attracted unprecedented attention since the 2020 election, as Republican candidates who have embraced the conspiracy theory that the presidential election was stolen from Donald Trump have lined up to run for positions that would give them the power to oversee future elections. And Mastriano is one of the nation’s foremost election skeptics: The state senator tried to overturn the results of the 2020 presidential election in Pennsylvania, then bused supporters to Washington, D.C., on the day of the Jan. 6, 2021, Capitol riot.

Because Pennsylvania is one of just three states in which the governor appoints the secretary of state, the 2022 gubernatorial race is essentially a “Buy one, get one” deal for Republican election deniers: A Mastriano victory all but ensures that the next secretary of the commonwealth will be someone who shares his anti-democratic zeal toward the 2020 election and who could work closely with Mastriano to roll back voting rights, overhaul Pennsylvania’s election system or even refuse to certify future results, including in the 2024 presidential contest.

Mastriano understands the power he would hold as governor. He argued to Republican voters during the primary that he could “decertify every voting machine” were he elected, and he has openly hinted that he has already chosen a potential secretary of state who shares his views.

“As governor, I get to appoint the secretary of state. And I have a voting-reform-minded individual who’s been traveling the nation and knows voting reform extremely well,” Mastriano said during an April appearance on ex-Trump adviser Steve Bannon’s podcast. “That individual has agreed to be my secretary of state.”

He later told a local Pennsylvania news station that he has already assembled “a team of people that would work for this individual.”

Among Pennsylvania Democrats, there is little doubt that Mastriano intends to nominate an election skeptic. But given the implications of the race, especially as the “big lie” remains the animating force of Republican politics, they also say he owes it to Pennsylvania voters to come clean about whom he’s considering ― or has already chosen ― to fill the position.

“He absolutely should tell us right now, knowing how important of a topic spreading the ‘big lie’ is for Doug,” said state Rep. Malcolm Kenyatta (D). “The governor makes many appointments… but this is one where Doug has made clear it is foremost in his mind and that his record has made it clear is foremost in his mind. And he’s going to have to, as a campaign promise, pick somebody incredibly radical.”

Mastriano’s refusal to name his pick has fueled speculation about whom he might choose, and progressives in the state have listened closely for clues in order to develop a working list of contenders. Mastriano once referred to his choice as a “her” and said it would be “one of the leading figures of the nation on voting integrity.” He claims the “team around her” would include “several people that are very knowledgeable of Pennsylvania, who are going to get the elections cleaned up in my first year.”

Their best guesses — and they are just informed guesses — are Mastriano allies who share his fervor for the “big lie.” They include former Trump adviser Jenna Ellis, who is now advising the Mastriano campaign; Toni Shuppe, the co-founder of Audit the Vote PA, a group that sought to decertify the results of Trump’s loss in Pennsylvania; and Ivan Raiklin, an associate of former Trump advisers who spread baseless conspiracy theories about the election in the weeks leading up to the Jan. 6 insurrection.

Mastriano, a Christian nationalist who has made headlines in recent weeks for paying a well-known antisemite as a campaign consultant, does not engage with inquiries from mainstream news outlets and did not respond to a request for comment on this story.

Ellis could certainly be considered a “leading figure” in the U.S. election denial movement. She joined the Trump White House as a senior legal adviser in 2019, later partnering with Rudy Giuliani, Trump’s personal lawyer, to form what she called an “elite strike force team” to overturn the fair results of the 2020 presidential election.

She and Giuliani toured the country together, appearing in key battleground states ― including Pennsylvania, alongside Mastriano ― to spread conspiracy theories about voter fraud and to try to persuade conservative state lawmakers that they had the legal authority to send their own Trump-supporting electors to the Electoral College.

Earlier this year, the House select committee investigating the Jan. 6 insurrection subpoenaed Ellis, in part over her “direct contact with the former President about attempts to stop the counting of electoral votes,” according to a letter from committee chair Rep. Bennie Thompson (D-Miss.). And earlier this month she received a subpoena from a special grand jury in Georgia regarding two legal memos she sent to Trump “advising that Vice President Mike Pence should disregard certified electoral college votes from Georgia.”

Ellis has claimed to be a “constitutional law attorney,” although a New York Times review of her career shows no such expertise. She is not licensed to practice law in Pennsylvania.

When a HuffPost reporter followed Ellis on Twitter in an attempt to request comment for this story, she tweeted at the reporter before he could ask her a question about the Pennsylvania secretary of state gig.

“Here’s my comment: Get a real job,” she said, adding a clown-face emoji.

Shuppe, the co-founder of Audit the Vote PA, was another subject of speculation among Pennsylvania progressives who spoke with HuffPost. She emerged as a prominent member of Pennsylvania’s election denial movement after her organization led a petition drive aimed at decertifying or nullifying the results of the 2020 presidential election, which Democrat Joe Biden won.

Shuppe and her organization also led the charge for an audit of Pennsylvania’s election that would follow the contours of the conspiratorial Cyber Ninjas review of election results in Arizona’s Maricopa County ― a flawed process that nevertheless didn’t unearth any real evidence of malfeasance in the state’s most populous county. Shuppe spread bogus claims that Pennsylvania voting machines had been hacked by China and has said that Biden is “without a doubt an illegitimate, fraudulently installed, FAKE President.”

She has also embraced other conspiracy theories popular on the far-right, including QAnon, Pizzagate and one that claimed Wayfair engaged in child sex trafficking via its popular furniture sales, according to Business Insider.

Audit the Vote PA conducted its own canvasses of several Pennsylvania counties after the election in an attempt to prove that widespread fraud and irregularity had occurred. But when it shared its data with LancasterOnline, a news outlet in one of the counties it canvassed, the newspaper found that Audit the Vote PA’s process was “rife with errors and speculation and that its methodology was deeply flawed, mistakes that undermine its conclusion and make its findings unreliable.” (Shuppe and Audit the Vote PA disputed that characterization in a lengthy statement on the group’s website.)

Mastriano, who traveled to Phoenix to witness the Cyber Ninjas process in person, endorsed Audit the Vote PA’s efforts to bring an Arizona-style review to Pennsylvania. Shuppe backed Mastriano’s candidacy in this spring’s GOP primary. She did not return a request for comment about whether she had spoken to Mastriano about the position or another election-related role.

Raiklin is an Army veteran who, like Ellis and Shuppe, sought to overturn the 2020 election. Working alongside retired Gen. Michael Flynn, a former national security adviser in the Trump White House, Raiklin used his military experience to suggest that he had the ability to suss out fraud during a pre-election forum. In December 2020, he crafted a plan called “Operation Pence Card” that called on Trump to have his vice president reject legitimate electoral votes, Reuters reported last year.

The plan was similar to the “fake electors” scheme Trump allies attempted to use to keep him in power, and although it’s unclear if Raiklin inspired it, Trump retweeted a version of it a month before the insurrection.

Raiklin attended Mastriano’s primary victory party in May, and he left little doubt about what he took away from the victory. “Twenty electoral votes as well,” he told Mastriano, according to a video posted on Telegram and initially reported by The Washington Post. It was a clear allusion to Pennsylvania’s Electoral College votes and Mastriano’s newfound proximity to power over them.

Pennsylvania observers stressed that the list of potential contenders may be long. It could include any of the 20 people who signed on to Trump’s “fake electors” scheme in Pennsylvania, county officials who’ve refused to certify results in this year’s primary contests, Mastriano allies in the state legislature or anyone else affiliated with the “big lie” movement nationwide.

“There are no guardrails around his appointment except that they have to be confirmed,” said J.J. Abbott, a former senior staffer for current Gov. Tom Wolf (D). “So it doesn’t have to be someone from PA. They could have never set foot in Pennsylvania.”

Attorney General Josh Shapiro, the Democratic gubernatorial nominee, this week began airing television ads that hit Mastriano for attempting to overturn the 2020 presidential vote. The ads accused him of wanting “to pick the winner” in future Pennsylvania contests and replayed his comments about decertifying election machines.

A June poll from Suffolk University showed Shapiro ahead, 44% to 40%. The close margin has caused Republicans who initially feared that Mastriano may cost them a winnable election to fall in line behind him.

But Mastriano’s election denialism and other controversies ― including campaign payments to Gab, the far-right social media site that has served as a haven for antisemitism and right-wing hate ― may be denting his chances. Shapiro led Mastriano by 10 percentage points in a Fox News poll released on Friday, and he now holds an 8-point advantage in FiveThirtyEight’s polling average.

Victory for just one of the GOP election deniers who have already won primaries or are expected to in the next month could jeopardize the integrity of the 2024 presidential election, in which Trump may be on the ballot again. And because of the Pennsylvania governor’s appointment powers, a Mastriano win could be a double whammy for American democracy.

“He could cause so much chaos in our elections,” Abbott said, “just by having someone there who’s off the rails.”