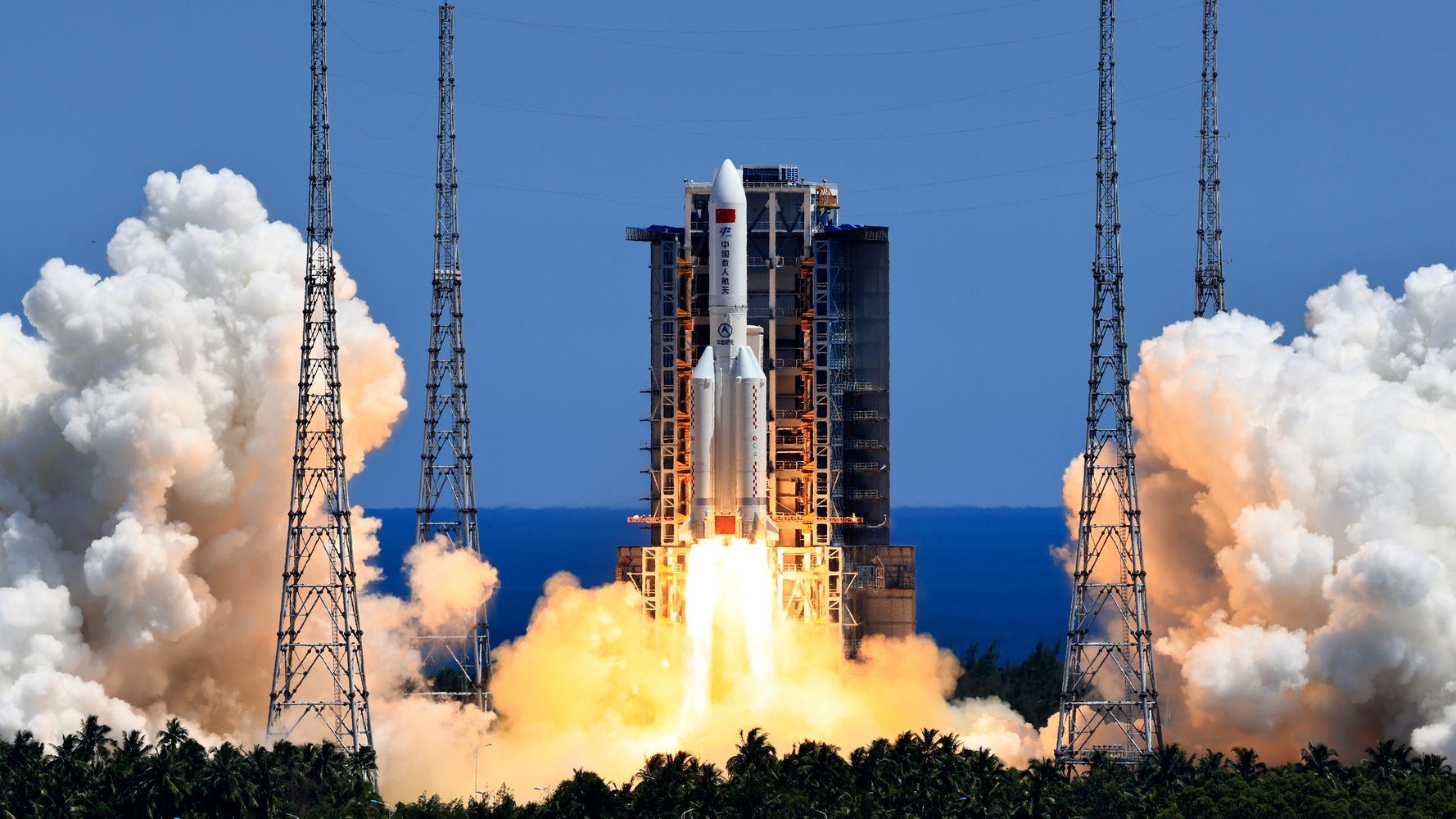 Debris from a colossal Chinese rocket made an uncontrolled reentry into the atmosphere over the Indian Ocean on Saturday.

U.S. Space Command announced that the rocket — China’s Long March 5B — reentered over the ocean around 12:45 p.m. EDT.

The 23-ton rocket had launched from China’s Hainan Island on July 24 to carry a new module to China’s Tiangong space station, a station that remains under construction, Space.com reported.

The module made it to the space station while the booster rocket made an uncontrolled reentry, the third such time a Chinese rocket stage has uncontrollably descended to Earth, CBS News noted.

The Aerospace Corporation’s Center for Orbital and Reentry Debris Studies expected about 5 to 9 metric tons of the rocket stage would “survive reentry and reach the Earth’s surface.”

China’s Manned Space Agency claimed in a Weibo social media post that most of the rocket was destroyed on its trip to Earth.

Social media users captured the rocket apparently descending in the night sky over Kuching, the capital of Malaysia’s Sarawak state.

Video appears to show the debris flashing and burning as it makes its way toward land.

Reentry looks to have been observed from Kuching in Sarawak, Malaysia. Debris would land downrange in northern Borneo, possbily Brunei. [corrected] https://t.co/sX6m1XMYoO

Astrophysicist Jonathan McDowell, who works at the Harvard-Smithsonian Center for Astrophysics, wrote on Twitter that the video implies debris was high in the atmosphere and “any debris” would land “near Sibu, Bintulu or even Brunei.”

He also wrote that it was “unlikely but not impossible” that some debris could hit a population center.

NASA Administrator Bill Nelson, in a tweet on Saturday, wrote that China “did not share” info on where the debris landed on Earth.

“All spacefaring nations should follow established best practices, and do their part to share this type of information in advance to allow … reliable predictions of potential debris impact risk, especially for heavy-lift vehicles, like the Long March 5B, which carry a significant risk of loss of life and property,” Nelson wrote.

“Doing so is critical to the responsible use of space and to ensure the safety of people here on Earth,” he continued.

The People’s Republic of China did not share specific trajectory information as their Long March 5B rocket fell back to Earth.

All spacefaring nations should follow established best practices, and do their part to share this type of information in advance to allow…

NASA has previously been critical of China for the uncontrolled falls to Earth of its Long March 5B rocket debris.

Nelson said China was “failing to meet responsible standards” after a piece of its rocket reentered the atmosphere over the Maldives before mostly burning up in May 2021.