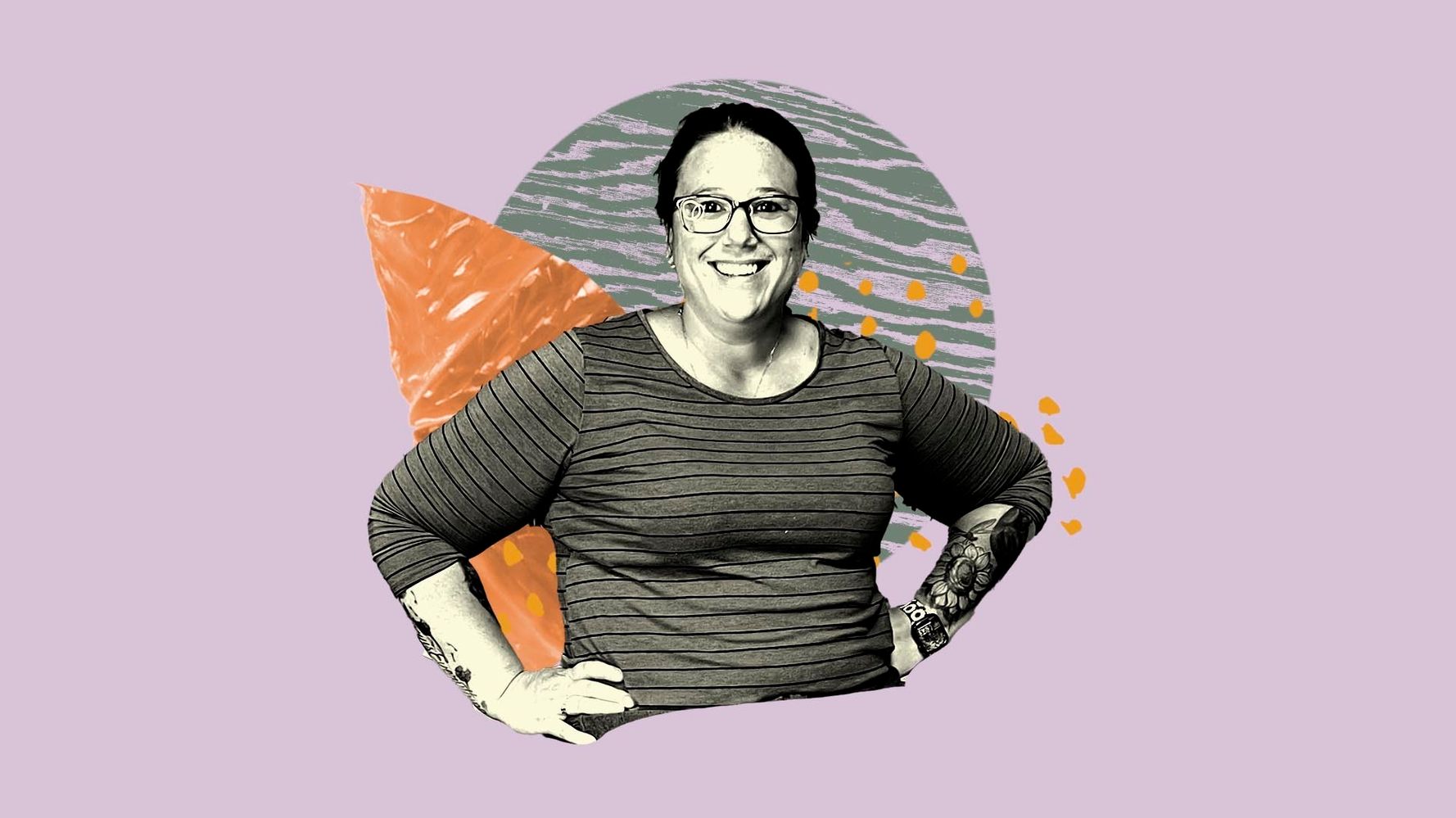 In this edition of Voices In Food, Stacey Truman, a cafeteria manager at Kingston Elementary School in Virginia Beach, Virginia, shares what’s kept her in the school kitchen for 18 years and what she wants everyone to know about her job.

As an elementary school cafeteria manager, I’m often the first one in the building. I wake up at 4 a.m., take a shower, get myself ready and am on the road by 4:30 to be at the school by 5 a.m. Often, I’m the last person to leave, too. Cafeteria workers do a lot more than people realize.

Before we start thinking about making lunch for the kids, we have to get breakfast ready to go. There are about 50 kids at our school that receive free breakfast, double what it was before the pandemic. As soon as breakfast is over, it’s time to start making lunch. If we’re serving chicken nuggets, pizza or brunch-for-lunch, we know it’s going to be busy — those are definitely the most popular meals with the kids.

I’ve been a cafeteria worker at the school for 18 years. When I first started, I was 21 years old and saw it as a job that I would be able to move up in. Then, I ended up having my first child, so becoming a manager took a back seat. But I eventually did get promoted to manager when I was pregnant with my second child.

“Really what being a cafeteria worker is all about is the kids. I hope they learn from me, but I learn from them, too. The biggest lesson they’ve taught me is how to love.”

What I love most about my job is the kids. I treat them as if they were my own, whether it’s by offering encouragement, disciplining when needed, and, of course, feeding them. At this point, I’ve watched so many of them grow up. I’ve seen the kindergarteners turn into first graders, second graders and then eventually leave the school after fifth grade. I’ve even seen some of them graduate from high school. They’ll come back at the end of their senior year to do a walk-through and stop by to see me.

On sending sweet notes to kids

I started writing messages on bananas in 2018. At first, I only did it for my girls when I was packing their lunches in the morning. Since my hours are so long, I’d leave before they woke up and there was a period of time when I was working a second job, so I didn’t get home until after they were asleep. When I made their lunches, I would write encouraging messages on their bananas, oranges, fruit cups, or whatever I was packing for them that day. One day, my mom saw me writing them and said, “You should do that for the kids at your school.”

When she said that, I laughed. “Do you know how much time that would take?” I told her. But then one day, we had a box of bananas at the school and I had some free time, so I decided to do it. I wrote things like, “Never give up,” “Your future is bright,” and “Inspire yourself and others” — the same messages I would write for my own girls.

Four years later, I’m still writing on fruit for the kids. I also paint art to hang in the school cafeteria featuring characters they like; I’m working on a Buzz Lightyear one right now. In May, I did a “Star Wars” theme that the kids especially liked. I always make the characters have chat bubbles giving a positive message or moral lesson, such as, “Be good to each other.” I switch out the paintings every month with new ones and also hang decorations for holidays, like Valentine’s Day or Saint Patrick’s Day. I pay for it out of my own pocket and don’t get reimbursed. I do it simply because I love the kids.

How work changed during COVID

When COVID hit, we shifted the way we worked. It was still important to make sure the kids were fed lunch (and breakfast, for those who relied on that). For some kids, the meals they get at school are their only meals of the day due to economic restraints. We pivoted our operations and did packed breakfasts, lunches and dinners for the kids. The parents or child could just come straight to the school and pick them up.

Eventually, the school offered the choice of in-person learning or remote learning. When that happened, we worked double duty, preparing both the meals to be served at the school and also the packed meals. It was overwhelming.

The best part of the job

Really what being a cafeteria worker is all about is the kids. I hope they learn from me, but I learn from them, too. The biggest lesson they’ve taught me is how to love. When I see how kind they are to each other, it inspires me. Especially thinking of how much kids have been through these past few years, I’ve learned that kids really are resilient.

Cafeteria workers often go unnoticed. It can be a thankless job, but it’s so important. You never know what a child is going through at home. You might be the only person showing them kindness or feeding them that day. Even if you aren’t, the simple act of feeding a child one, two or even three meals a day is important. My whole team and I give 110% of ourselves to our job and it certainly isn’t because of the money or the hours. It’s about the kids.