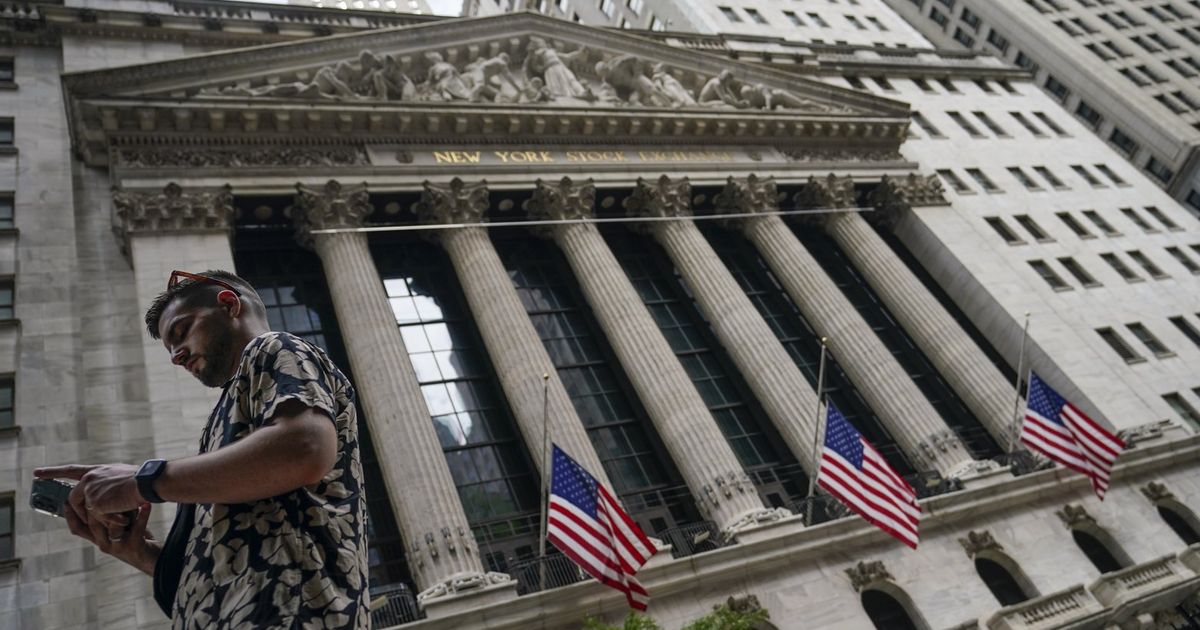 My friend Mark told me last week that he is excited that the market’s recent rally might get him back to break-even on a stock he wants to sell.

It’s one of the biggest stocks out there, a brand-name company that has been in my portfolio for decades. Mark bought it last fall, enjoyed a gain of about 20 percent in the first three months he held it, and then watched that gain and more disappear as the stock market tanked during the first half of 2022.

“I waited too long to sell it on the way down,” Mark explained, “but if it can pick up just a bit from here, I will get back to break even and then I will give up on it. I think I can do better.”

Mark can do better all right. And that has nothing to do with the specific company, and everything to do with his thinking, and the idea that “break even” is some sort of an investment goal.

While no investor wants to lose money, the price you purchased a security at may be the least important data point investors can consider as they analyze what to do next.

With the market’s first-half decline and recent rebound — coupled with sticky, high inflation rates and enough socio-economic concerns around the globe to make anyone nervous — plenty of investors are looking at how they might alter their holdings now, whether that means trimming and rebalancing positions or making wholesale swaps of stocks and funds they’ll give up on as they rotate into positions that better meet their current mindset.

That makes this a time when a lot of investors will be making mistakes.

Individual investors have a long history of ill-timed moves, even just the easy ones.

They tend to buy in when something has done well and sell when it cools off, meaning they buy high and sell low.

There is plenty of research showing that investments perform better than investors themselves, meaning that individuals seldom get the most from the securities they buy; the most recent “Mind the Gap” study from Morningstar Inc. — designed to measure how well investors do compared to the mutual funds and ETFs they hold — found that poor timing on purchases and sales left the average investor lagging by roughly 1.7 percentage points per year.

You can safely assume, therefore, that doing less with your portfolio is often more profitable than making more moves and changes.

That’s why it’s particularly important not to factor anything extraneous or unimportant into your decisions.

Your break-even point is a red herring, something that is diverting your attention from what really matters.

In Mark’s case, once he thought he could “do better” and had given up on the stock, there was no sense in waiting for a return to break-even. Aside from taking the tax benefits that come with a loss in a taxable account — where the loss can be used to offset other gains — he was holding on to something that by his own reckoning was making him worse off than what he would own after making the change.

All to avoid the pain of saying “I suffered a loss.”

“The human instinct is not to take a loss,” Teitelbaum said this week in an interview on Money Life with Chuck Jaffe. “Research studies have shown that it is as much as two-and-a-half times as painful to take a loss as it is to experience the joy of winning from a game, so people are reluctant to take a loss and therefore continue with paper losses. … Get-even-itis is a chronic disease in which people deceive themselves into holding onto a losing situation and not being able to take a loss at a reasonable level.”

Waiting for a return to break-even is a form of bargaining, where people allow themselves to accept something difficult, feeling like the choice they’re making minimizes trauma.

Ultimately, investors must recognize that share price is a tool for measuring market value, but not by itself a means of fully assessing the value of a company.

Prices move for a lot of reasons, and none of them have to do with your original price point, the high point reached while you owned the security, or the trigger point for pain so great that you will sell even at a loss.

In Mark’s case, for example, plenty of investors believe the brand-name stock he is preparing to sell is a better bargain now than it was when he bought it in 2021, because the decline in price has brought down its price-earnings ratio.

Rather than considering whether the stock is a better buy now trading for 30 times earnings than it was when he bought it for roughly 40x a year ago, Mark is selling because he will be back at his starting point.

Break-even numbers and peaks are interesting points along the way, but they’re not real reasons to hang on or to sell.

If the only thing you know about a stock or a fund is its price, you don’t have enough information to make a sound decision.

Whatever move or decision you make, there should be solid justifications behind it. You might sell when something gets hot, locking in gains and reinvesting into securities that look undervalued. You might buy when a stock drops like a stone, thinking it has become a bargain.

The more you know about the security, the more you can put into your decisions and choose whether to run with the tide or against it.

But your break-even point isn’t a factor. It’s not a measure of the investment, and instead just reflects your timing.

Don’t confuse having a number stuck in your head with that number being “meaningful.”

Manage your portfolio based on your goals, investment objectives and risk tolerances and, in time, peaks, troughs and break-even numbers will take care of themselves.


Chuck Jaffe:
itschuckjaffe@gmail.com; on Twitter: @MoneyLifeShow. Chuck Jaffe is a nationally syndicated financial columnist and the host of “Money Life with Chuck Jaffe.” Tune in at moneylifeshow.com.