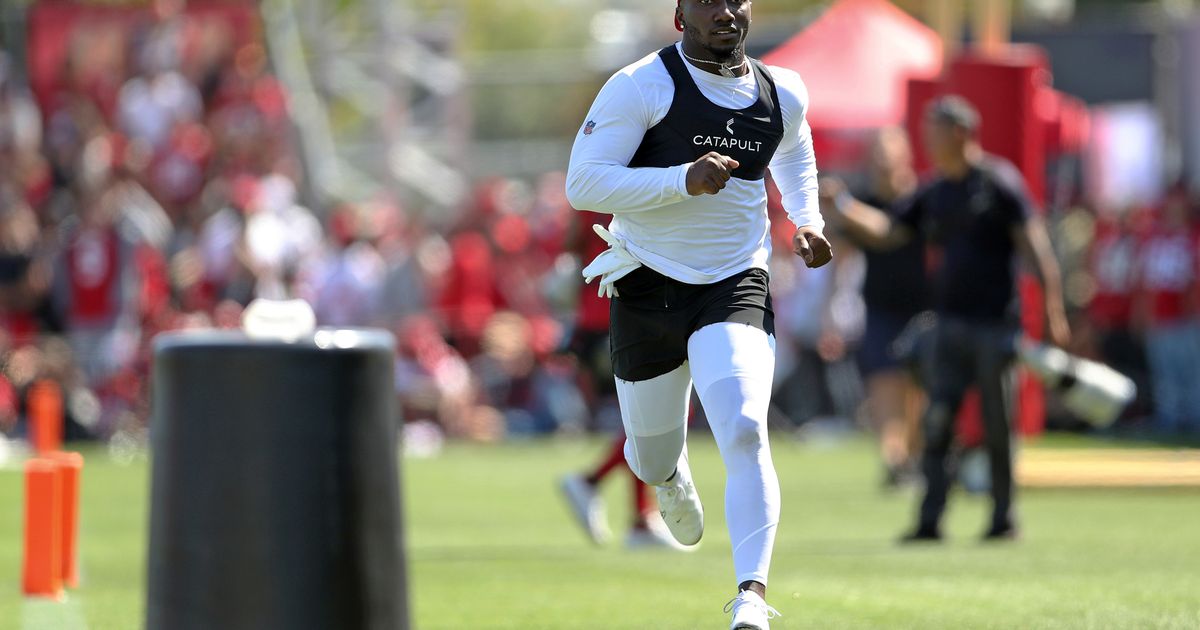 SANTA CLARA, Calif. (AP) — The San Francisco 49ers are finalizing a three-year contract extension with All-Pro receiver Deebo Samuel that will clear the way for their top offensive playmaker to return to the practice field.

A person familiar with the deal said Sunday the sides are putting the finishing touches on the contract a day before the Niners are set to hold their first padded practice of training camp. The person spoke on condition of anonymity because the deal hadn’t been signed.

NFL Network first reported the sides had reached an agreement and said the new contract will be worth $71.55 million with $58.1 million in contract guarantees. The extension will allow Samuel to hit free agency in 2026 when he will be 30 years old.

The agreement ends a monthslong saga that began before the draft when Samuel publicly demanded a trade. He stayed away from the team for the voluntary portion of the offseason but reported for mandatory minicamp in June and training camp last week.

But Samuel was “holding in” and hadn’t taken part in any practices as his representatives finalized the latest rich wide receiver contract.

Samuel had been set to be paid nearly $4 million in the final year of his rookie contract this season after being a first-team All-Pro in 2021. But he became the 14th receiver to receive a contract with an average annual value of at least $20 million, with 11 of those deals being signed this year.

Samuel emerged last season as one of the most dangerous offensive players in the game with the unique ability to thrive as both a running back and a receiver in coach Kyle Shanahan’s offense.

Samuel had 77 catches for 1,405 yards and six touchdowns, leading the NFL with 18.2 yards per reception. He added 59 carries for 365 yards and eight TDs as he was used out of the backfield frequently in the second half of the season.

Getting Samuel back on the practice field was a priority for the 49ers so he could get to work with new starting quarterback Trey Lance. After drafting Lance third overall last year, the Niners are turning the offense over to him in 2022 and want as much time as possible to build a rapport between Lance and Samuel.