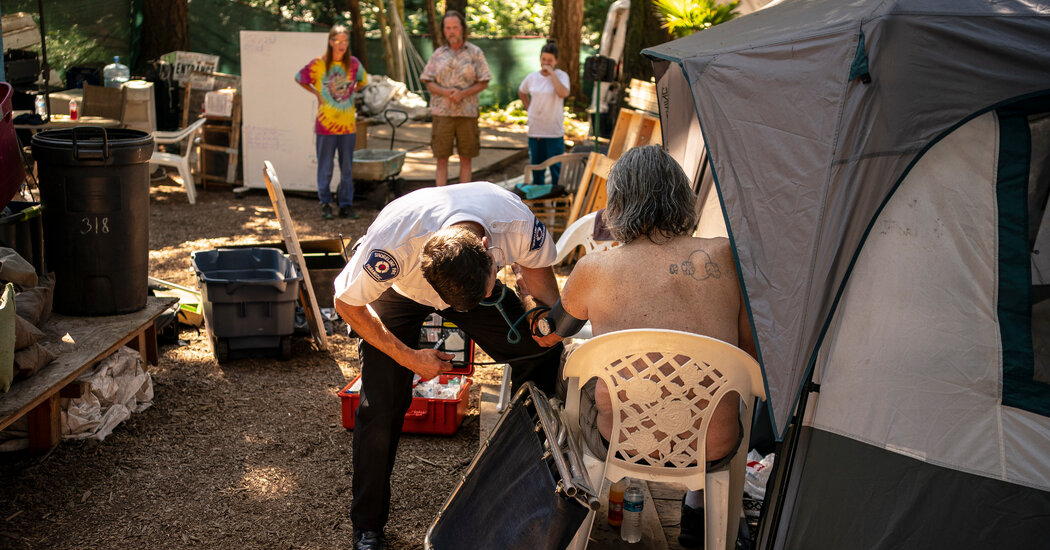 After a miserably hot summer across much of the country, don’t expect August to bring relief.

Only the Southwest and Alaska are forecast to have cool or average temperatures over the next few weeks, according to the monthly outlook from the National Weather Service’s Climate Prediction Center. The rest of the country? Hot or hotter.

As the latest heat wave recedes from the Pacific Northwest, where it may be responsible for more than a dozen deaths, the scorching temperatures will return to the central United States on Tuesday and Wednesday, then spike across the Northeast on Thursday. And the West will warm up all over again this weekend.

The only places spared the heat can expect the possibility of torrential downpours and flash floods, like the ones already seen in Kentucky, because they sit at the ridges of the heat dome engulfing the country.

Here’s what to expect in each region:

As a weeklong heat wave finally waned on Monday, officials in Oregon said they were investigating at least 14 deaths that might be related to the excessive temperatures. A final determination might not be known for several months, the State Medical Examiner’s Office said.

Half of the potential heat-related deaths were reported in Multnomah County, which includes Portland.

This heat wave was not as long as the one last summer that caused more than 600 deaths. But it broke records for daily highs, warmest overnight lows and consecutive days of excessive heat in several cities. Portland, Salem and Eugene, Ore., all experienced seven consecutive days of highs above 95 degrees, a record in all three cities, according to the Weather Service.

Seattle experienced six consecutive days of highs above 95 degrees, also a record for the city.

Highs in much of the Pacific Northwest will be around 80 this week, which is still a little warm for the area, but overnight lows will dip into the 60s, which will provide some respite. Forecasters predict highs back in the 90s this weekend.

Thursday will bring record-breaking heat, leading to above-average highs through the weekend. The heat index in several cities could reach well over 100 degrees.

Friday and the rest of the weekend will bring highs in the upper 80s, which is above-average for the region at this time of year, but not as extreme as Thursday.

For much of the Central and Southern Plains, this is already one of the hottest summers on record, with little relief in sight.

Millions of people in Minnesota and parts of the Dakotas down to Oklahoma and Arkansas were under a heat advisory or warning from the Weather Service on Tuesday — a common occurrence this summer.

Texas, which has not been able to escape the heat since June, will also continue to have temperatures above normal, with highs in the triple digits for the rest of the week and no expectation of a change until at least mid-August, Mr. Taylor said.