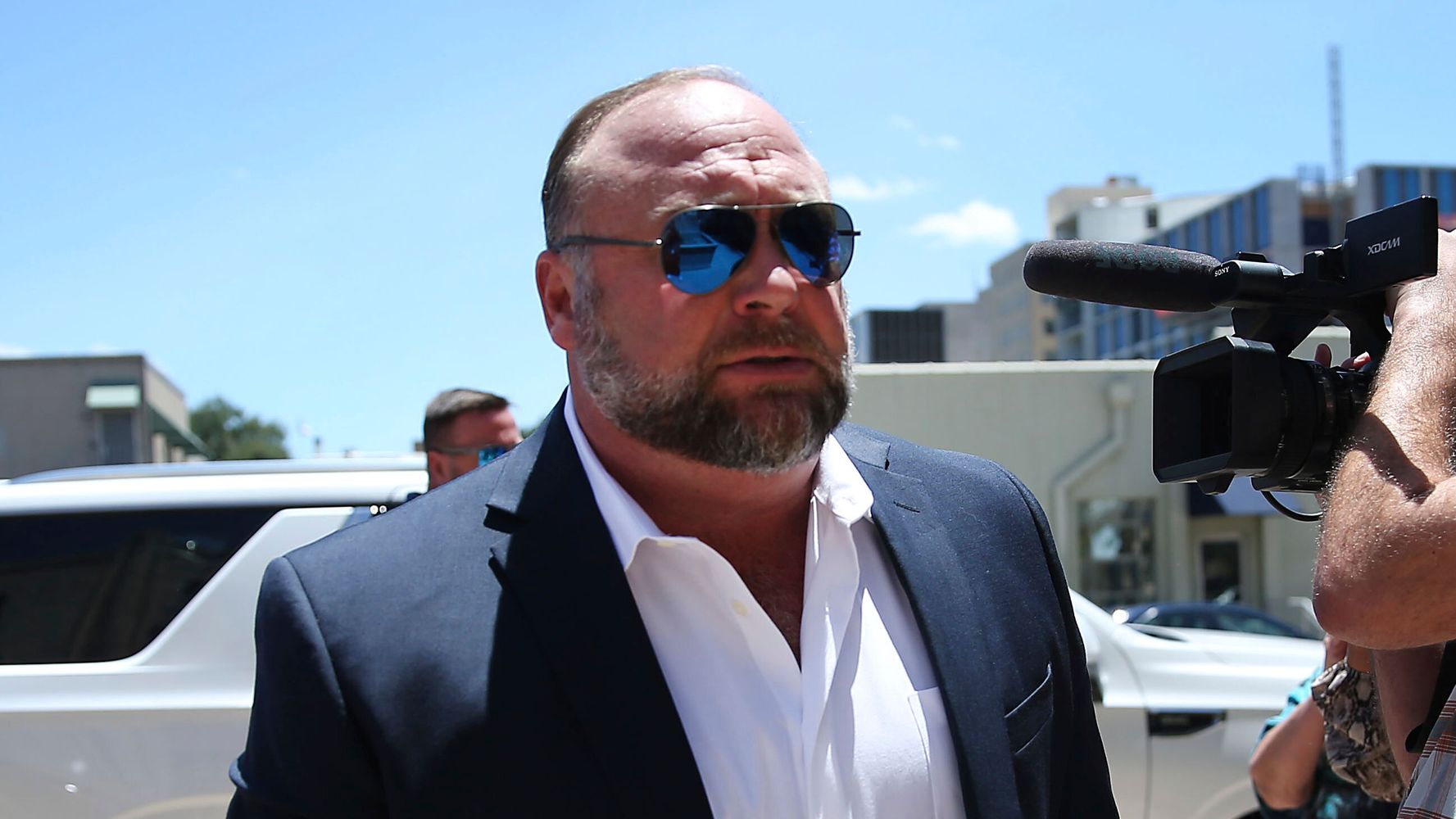 Conspiracy theorist Alex Jones had his own damning text messages read back to him during testimony Wednesday in a trial that will determine how much money he will have to pay to two Sandy Hook parents he smeared for years.

During a cross-examination of Jones in an Austin, Texas, courtroom, attorney Mark Bankston accused the Infowars host of lying to the court when he claimed in a deposition he had turned over all Sandy Hook-related documents and text messages as part of discovery in the defamation case.

Jones didn’t count on one thing: his own attorney delivering the goods to the plaintiffs’ lawyers on a silver platter.

“Did you know 12 days ago your attorneys messed up and sent me an entire digital copy of your entire cellphone, with every text message you’ve sent for the past two years?” Bankston asked Jones on the stand. “And when informed did not take any steps to identify those texts as privileged?”

Bankston then revealed to the court ― along with Jones and his attorney Andino Reynal ― that Jones had a text from 2020 mentioning the 2012 school shooting that left 20 children and six adults dead.

The conversation was between Infowars editor Paul Joseph Watson and Jones. Watson, who had previously warned Jones about spreading the lie that no one died in the Sandy Hook shooting, texted Jones to warn him against pushing another lie: that the coronavirus pandemic sweeping the world in 2020 was fake.

“This is a video of a medical student training to intubate,” Watson said in his text to Jones. “This makes us look ridiculous suggesting COVID is fake. Sandy Hook all over again.”

The cellphone revelation led to a tense exchange in court. At first, Jones protested that he had merely passed off the phone to his lawyer.

But Bankston persisted: “You said in your deposition you searched your phone. You said you pulled down the text, did the search function for ‘Sandy Hook.’ That’s what you said, Mr. Jones, correct?”

Jones tried to deflect by saying he had “several different phones with this number.” The exchange continued:

Bankston: “In discovery, you were asked, ‘Do you have Sandy Hook text messages on your phone?’ and you said no, correct? You said that under oath, Mr. Jones, didn’t you?”

Bankston: “You know what perjury is, right?”

Bankston also brought up emails Jones had sent to his staff discussing business operations after Jones had testified in a deposition that he didn’t use email, so couldn’t produce any in discovery.

Another text revealed Wednesday further undermined Jones’ claim that Infowars is too broke to pay damages. In the message retrieved from Jones’ phone, an employee at Infowars told Jones they had made “$70k gross profit” on one particularly successful day of sales. Bankston added that some days, Infowars made $800,000.

Jones grumbled about the revelations, saying “this is ridiculous” before claiming Bankston was “cherry-picking” his profitable days.

During a short recess, Jones’ attorney, Reynal, asked Bankston just how much material he’d gotten off his client’s phone. Bankston said it was a significant amount.

Reynal has been routinely admonished by Judge Maya Guerra Gamble over the course of the trial for not following basic procedure and engaging in disrespectful behavior. Last Wednesday, for instance, Reynal was seen giving a middle finger to Bankston at the end of proceedings after Gamble left. He apologized to the court that Thursday but was reprimanded again later that day for claiming he didn’t know his clients couldn’t discuss the case outside of court.

“Because you’re just a brand-new lawyer, right?” Gamble said at the time. “Enough with the ‘Aw, shucks, I don’t know the rules of the court.’”

On Monday, Bankston told the court that Reynal was attempting to “sabotage” the trial.

“He has routinely, every single day of this trial, broken rules that a first-year lawyer knows,” Bankston told Gamble. “He has routinely placed inadmissible material in front of the jury. It is from our perspective at this table that Mr. Reynal is actively trying for a mistrial, and obviously we don’t want that to happen.”

Lawyers for parents Neil Heslin and Scarlett Lewis are seeking $150 million in damages. The court previously entered a default judgment against Jones for failing to provide court-ordered documents.