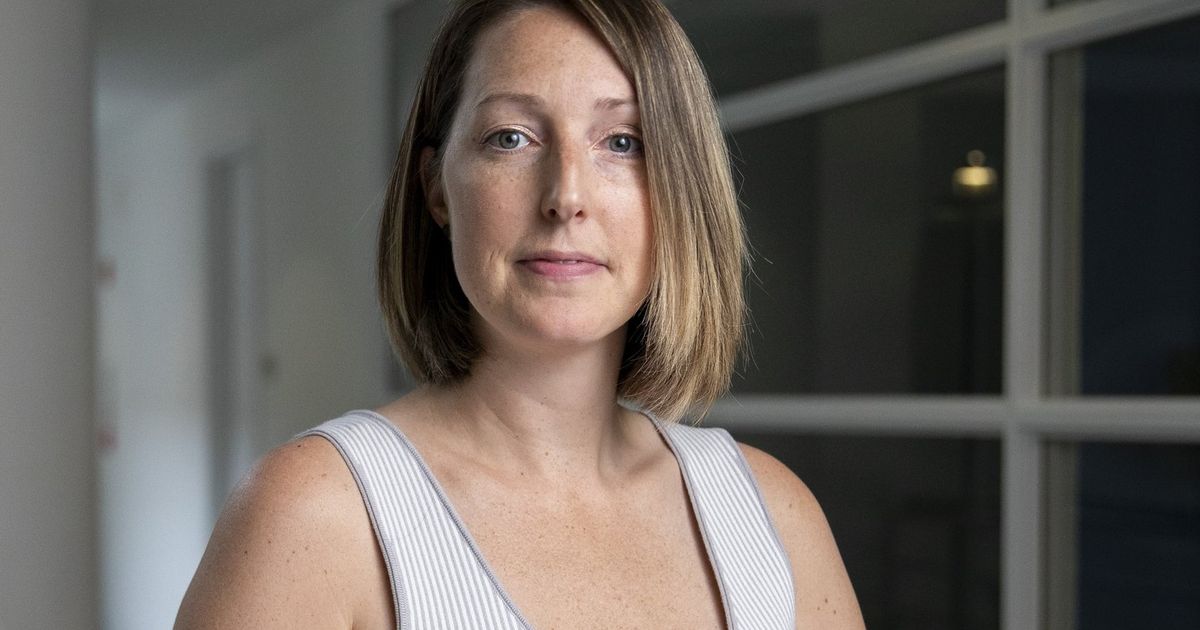 Three weeks before the Supreme Court overturned Roe v. Wade, Dr. Caitlin Bernard, an Indianapolis obstetrician-gynecologist, donned her white lab coat, put her infant daughter into a front-pack baby carrier and joined a few colleagues who marched to the state Capitol, hoping to deliver a letter to Gov. Eric Holcomb.

Signed by hundreds of health professionals, the letter implored Holcomb, a Republican, not to convene a special legislative session to further restrict abortions. It contained a pointed political message: “Abortion bans are not popular in our state.”

Bernard, who catapulted into the national spotlight for providing an abortion to a 10-year-old rape victim last month, delivers babies and provides contraceptive care, Pap smears and other routine obstetric and gynecological care. She is also one of a small number of doctors in her state with specific training in complex reproductive care, including second-trimester abortions.

But some of her riskiest work takes place outside her hospital, advocating publicly for abortion access.

Her outspokenness has extracted a price. Bernard, 37, has been criticized across right-wing media, faced harassment and is the subject of an investigation by the Indiana attorney general. She’s landed at the center of a post-Roe clash that the medical community has been dreading — one in which doctors themselves are the focus of political and legal attacks.

More about the Supreme Court and abortion

“Physicians who provide abortion have been harassed, they have been murdered,” Bernard said in an interview with The New York Times. “And for too long, I think, because of that, they’ve had to be silent to protect their families, and it’s created an idea that we’re doing something wrong or something illegal. And we’re not. And I feel compelled to say that.”

Threats against abortion providers are hardly new. But the overturning of Roe has created a frightening new legal landscape for doctors.

In conservative states like Indiana, where abortion access is restricted, they face mounting legal requirements that, if not followed, could jeopardize their licenses or land them in jail. A wave of new abortion bans and restrictions across the nation call for hefty prison terms and fines against doctors who provide abortions.

In Indiana, Todd Rokita, the attorney general, is investigating whether Bernard, an assistant professor of clinical obstetrics and gynecology at the Indiana University School of Medicine, reported the Ohio girl’s abortion to Indiana state officials, as required. Records show she did.

In a statement to The Times on Tuesday, the attorney general said he would “see this duty through to the very end,” and accused Bernard of using “a 10-year-old rape victim’s personal trauma” to “push her ideological stance.”

Bernard, in turn, says Rokita is just another politician engaging in “state intimidation for their own political ends.” She has filed a tort claim against him, the first step toward a potential lawsuit for defamation.

Medical professionals who work in reproductive health are watching the events in Indiana closely, said Dr. Kristin Lyerly, an obstetrician-gynecologist in Wisconsin who coordinates reproductive health care advocacy in the upper Midwest for the American College of Obstetricians and Gynecologists. Before Roe was overturned, she said, she was providing abortions at one of four clinics in Wisconsin. Abortion is now banned there under an 1849 law that makes it a criminal offense.

“Those of us who provide abortion care have been trying to do it discreetly and carefully for many years knowing that this is necessary health care for our patients,” Lyerly said. “Now, we feel like we really need to tell the story and be very frank about what we’re seeing and experiencing and what our patients are dealing with, while walking that very fine line of protecting patient privacy.”

Abortions are only a small part of Bernard’s practice. She handles complex abortion cases — those where the life of the mother is in danger — at the university’s medical center. She provides abortions — both surgical and medication — several days a month at Planned Parenthood clinics in Indiana and Kentucky.

The work has long included stressful elements that go well beyond delivering sensitive medical care: In 2020, she said, the FBI informed Planned Parenthood it was investigating a kidnapping threat against her daughter.

Her patients describe her as kind and caring; Rebecca Evans, a nurse midwife who sought care from Bernard after she suffered a miscarriage, called Bernard a “full scope” clinician, who “does all of these different things, and she’s really passionate about all of it.”

Bernard’s advocacy, she said, furthers her goal of providing patients the best medical care possible. By limiting abortion options and requiring her to make certain statements — such as informing patients that fetuses feel pain during an abortion when the science on that issue is still unclear — the state is forcing her to practice medicine in a way that is unsafe and not medically accurate, she said.

She is the plaintiff in a 2019 lawsuit filed by the American Civil Liberties Union that sought unsuccessfully to overturn Indiana’s ban on nearly all second-trimester abortions. She testifies frequently in the state Legislature. After Roe was overturned, she organized a protest. (She also sports a tattoo on her left foot, showing a wire coat hanger — a symbol of a dangerous at-home abortions before the procedure was legal — over the words “Trust women.”)

Indiana currently allows abortions up to 22 weeks. This week, as the Indiana legislature considered a near-total ban on abortion during the legislative session she fought against, Bernard was not there.

Abortion opponents have been leaving hateful messages on her cellphone, she said. She continues to see patients, but she has hired a security detail, and her colleagues have started a GoFundMe account to help with her mounting legal bills. An in-person appearance in a tense environment at the Legislature might further inflame the situation.

“The politicization of me, and of the work that I do, has definitely made it difficult for me to continue to do the advocacy that I have in the past,” she conceded.

Not long after Roe was overturned, The Indianapolis Star learned of her 10-year-old patient, who had traveled from Ohio, where abortion is banned after six weeks, even in cases of rape or incest. Bernard’s allies say it is no accident that the 10-year-old child was referred to her; there are very few doctors, they say, who could handle such a sensitive case.

Earlier this month, President Joe Biden cited the case when he signed an executive order designed to ensure access to abortion medication. Suddenly, all eyes were on Bernard.

Bernard refuses to discuss any aspect of the case, citing the girl’s privacy. In addition to worrying about prosecution, she could face consequences at work. Until Tuesday, her employer, Indiana University School of Medicine, a state-funded institution, and Indiana University Health, a nonprofit health care system, had been publicly silent about her, except to say she had not violated patient privacy laws.

In a statement to The Times, Indiana University’s president, Pam Whitten, and medical school dean, Dr. Jay Hess, said Bernard remains “a member of the faculty in good standing.” IU Health called her a “valued and respected physician” and a “true advocate for the health and well-being of her patients.”

In a sense, Bernard’s life has prepared her for this moment. She absorbed her activist streak from her parents, who came of age in the socially liberal 1960s, and lived on a communal farm in upstate New York when their children were little.

When she was 5, she informed her family that she was going to be a doctor, said her sister, Rebeccah Johnson. When she was 15, she and her sister walked past a phalanx of protesters at a Planned Parenthood clinic to get birth control. Later, she witnessed firsthand the complications women can suffer from pregnancy when she and her father, a carpenter, went to Guatemala to help run health clinics.

Perhaps because of that, she said, she was always drawn to obstetrics and gynecology. Early in her career, Bernard joined a program called AMPATH, led by Indiana University, which brings American doctors to Kenya, where abortion is largely prohibited.

Nearly a third of the patients she saw were suffering from complications from unsafe at-home abortions. “We’d often see women who had been raped, assaulted, and now pregnant,” said Dr. Astrid Christoffersen-Deb, her supervisor.

After completing medical school and residency at Upstate Medical University in Syracuse, New York, Bernard trained at Washington University in St. Louis, where she became accredited in “complex family planning,” a specialty that qualifies her to handle complicated cases including second-trimester abortions.

“People who need abortions in the second trimester are often facing the absolute worst imaginable situations — they have a very wanted pregnancy and their baby is not going to survive or is going to have an incredibly difficult life and they are trying to spare their child from that outcome,” she said, adding, “Politicians, people who are uncomfortable with abortion care, have usually never been in those situations.”

In 2017, Bernard left St. Louis for Indiana, where she has become the “go-to” doctor to speak out for reproductive rights, said Dr. Tracey A. Wilkinson, a pediatrician who, along with Bernard, is involved with Indiana’s chapter of the Reproductive Health Advocacy Project. Wilkinson spent all day Monday at the Indiana Capitol, and said she felt Bernard’s absence acutely.

“We do not go knowing that we are going to change the way the votes happen,” Wilkinson said. “We go to put in the record that somebody stood up and said that this was wrong. We go so that our patients hear somebody standing up for them.”

On Tuesday, Indiana’s abortion ban advanced out of a Senate committee, drawing critics from across the political spectrum. Abortion rights advocates called the measure an attack on women, while several anti-abortion activists criticized exceptions that would allow for abortion in cases of rape and incest; one suggested that Bernard’s 10-year-old patient should have been required to give birth.

If the bill passes, Bernard said, she will likely find herself referring Indiana women to abortion providers out of state. Though she knows it may create further problems for her, she does not intend to be quiet.